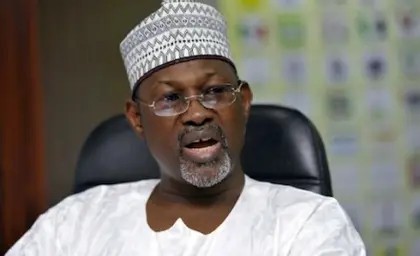 The immediate past chairman of the Independent National Electoral Commission (INEC), Professor Attahiru Jega, has taken a swipe at the Buhari administration, describing its performance as disappointing.

Speaking in an exclusive interview with Daily Trust on Sunday, Jega, who conducted the election that ushered in President Muhmmadu Buhari in 2015, said the high expectations on the government by Nigerians was (sic) largely dashed, with many people worried about the future of the country.

“Unfortunately, he has disappointed so many people. He still has time to correct things if he has the capacity to do that. But frankly, his government has been very disappointing. Many people wish him well but are worried about the direction the country is taking,” he said.

Jega, a onetime vice-chancellor of the Bayero University, Kano (BUK), said the Buhari administration had been very inept in managing peaceful coexistence in the country.

“Governance has been very poor at the federal level and many of the states, that is why we are seeing challenges everywhere; whether it is insurgency, banditry, armed robbery or other things,” he added.

He said the accumulated misgivings by sections of the citizens led to frustrations, which “find expression in these demands for restructuring.”

The Presidency last night declined to react to Jega’s comments.

When contacted separately by our reporter, the two presidential spokespersons, Femi Adesina and Garba Shehu, said they would not want to join issues with the former INEC chairman.

The professor of Political Science also described Nigerian politicians as the most reckless, most selfish and most self-serving in the world.

“We have a lot to do; and the first thing to do is to get it right by securing the mindset of our politicians from selfishness, greed and reckless banditry. Actually, many of them are also bandits, not just those who stand by the roadside with AK 47.

“To steal recklessly from government’s coffers and turn hundreds, if not millions of people into poverty, deny children the opportunity to go to school because they have stolen the money that would have gone into education or was supposed to buy arms and ammunition for the military, to the extent that they can no longer fight banditry, that is banditry itself,” he said.

Jega also joined the call for President Buhari to restructure the country before the end of his administration.

His call for restructuring rhymed with increasing national calls to revisit Nigeria’s current political structure, which was re-echoed at this year’s annual Daily Trust Dialogue held on January 21, with Jega among the speakers.

The former INEC chairman, however, said the inability of the present administration to placate the various segments of the country was responsible for the growing uproar in the polity.

“We should define an agenda between now and 2023. What do we want to achieve in regard to restructuring? I will say that it is a priority to de-concentrate power and resources from the federal to the state government. This is achievable,” he said.

▪︎Competence to determine who succeeds Buhari

On the agitation for power shift in 2023, Jega said competence and merit should determine who takes over from President Buhari to accelerate the development of the country.

He said he would not contest for the presidency in 2023, adding that the country was not ripe for e-voting.

He advised that it should be done in phases, starting with urban centres.

Jega, a former president of the Academic Staff Union of Universities (ASUU), also proffered solutions to the lingering strikes by the union.

“Nigeria needs to get out of that cycle of strikes, but the government has an obligation to be proactive in ensuring that these challenges are put behind us,” he said.(Daily Trust)