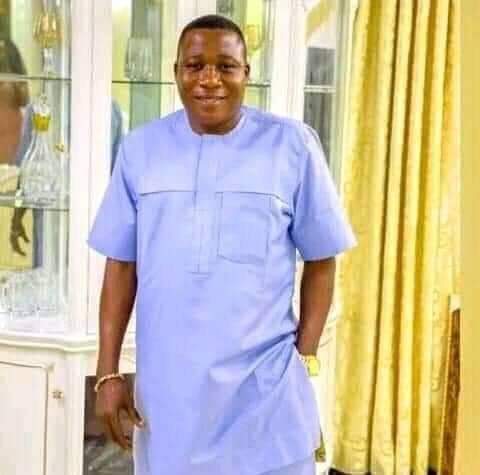 In a viral video on Sunday, the new face of Yoruba resistance against Fulani herdsmen’s expansionist and criminal tendencies, including kidnapping and ransom-taking in Oyo State, Sunday Igboho, is full of praises for leaders who have spoken up in support of his agitation.

In the video, he speaks in Yoruba language amid adulation by his teeming followers.

The venue of the address is not indicated and the time it was recorded is also not referenced.

He appreciates Yoruba leaders, especially traditional leaders, for speaking up (Soro soke) at this critical moment.

The simple summation of what he says in Yoruba is as follows: “They (herders) cannot chase us away from our land. Our eyes are opened, unless they want to kill us.”

At a point in the video, he cautions against the sarcastic remarks made by one of his supporters against a Yoruba leaders who he says has yet to speak up (soro soke).

Read Igboho: “Don’t ridicule or abuse our leaders in the southwest. I swear with the gods of our land, they are also angry with the current situation and they are now speaking up.

“You can see the way all the Yorubas and other prominent southwest leaders rose up in unison to say that you must not arrest Igboho.

“It is quite sad that we are being maltreated, killed and our sisters/daughters get raped by killer herdsmen; we can’t go to farm or stream to carry out different activities. Enough is enough.”

Chief Sunday Igboho, the man of the moment! God bless and be with you aburo! 💪💪💪🙏🙏🙏💣💣💣 pic.twitter.com/nYrL4RPUG6

Nigeria’s future depends on our commitment to a common destiny, By...

We will ensure effective implementation of revised National Policy on Food...