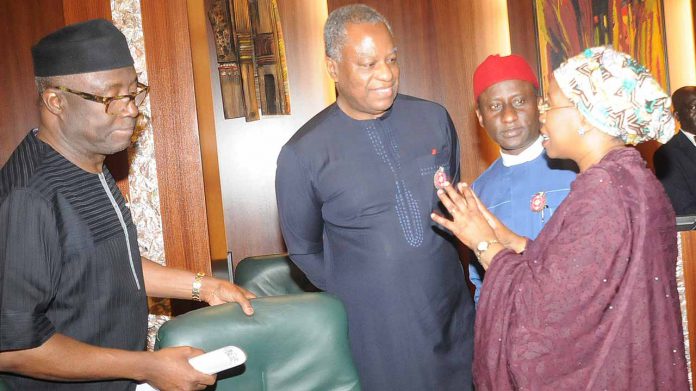 Approves N650b for capital projects, N1.7b for jetty in Rivers
The Federal Executive Council (FEC) has approved for Nigeria to subscribe additional 3,230 shares worth $50.637 million in the International Bank for Reconstruction and Development (IBRD) of the World Bank.

Specifically, the IBRD, at the last meeting of the World Bank group adopted in 2016, granted approval for the country to secure the additional subscription.

Minister of Finance, Budget and National Planning, Zainab Ahmed, told State House correspondents after the meeting in Abuja, that Nigeria had a share capital of 1,687 at the IBRD.

Ahmed, joined by the Minister of State for Transportation, Gbemisola Saraki; and Minister of Information and Culture, Lai Mohammed, explained that the increase in the share capital would add fillip to the move to strengthen the country’s position and enhance its stand in the global financial architecture.

She said, “This afternoon, we presented a memo to the FEC on additional capital increase for Nigeria at IBRD. Before now, Nigeria held 16,187 shares at the IBRB.

According to her, the figure has surpassed the N600 billion President Muhammadu Buhari directed to be released by October.

She recalled that the government had issued a number of Sukuk bonds to fund road projects, adding that not all roads were of the Federal Government.

On the excuse given by the Minister of Works and Housing, Babatunde Fashola, that poor funding was the reason road projects were not executed at a faster pace, Ahmed explained that much as the government was faced with revenue challenges, works, housing, power and transportation had so far received the highest releases.

She said, “Works is always on the priority list; housing is always funded, same for transportation and power, though we have revenue challenges.

“The Minister of Works and Housing has a proposed budget of N247 billion for 2020 and the greatest component of this budget is the fixing of Nigerian roads. It is true that we are not able to fund the budget 100 per cent, but whenever we release funds for capital projects, the Ministry of Power, Works and Housing is always the priority and also the Ministry of Transport.”

FEC also approved a draft of Executive Bill to be sent to the National Assembly for a legal framework for the National Metallurgical Training Institute, Onitsha, Anambra State; N1.7 billion for a jetty in Bonny, Rivers State.