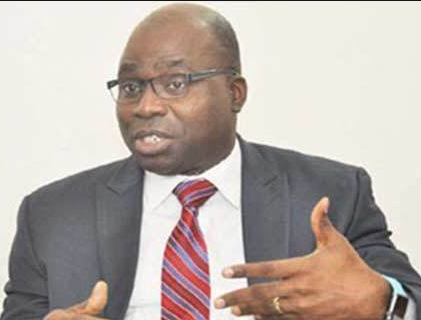 He said Nigeria also expects compensation after the ongoing Malabu case is decided in Italy.

According to Owasanoye, securing the return of looted funds is not easy because of legal hurdles and huge financial implications.

He said the Abacha loot is hidden in over 12 countries, each with a different legal requirements on asset return.

Prof Owasanoye delivered a keynote address in Lagos at the 42nd Annual Conference of the Nigerian Society of International Law (NSIL).

The theme of the three-day event is: “Is International law at a cross-road?”

“Nigeria is presently awaiting the return of about $400 million from in the US, which is part of Abacha loot.

“We have $322million returned from Switzerland two years ago as part of the Abacha loot, which is been used for the conditional cash transfer.

“We also recovered $73million from the UK, which was abandoned in England as part of proceeds from Malabu oil transaction.”

Owasanoye said some countries are reluctant to return assets because of what they benefit from it.

For instance, he said the $73million the UK returned was short of $12million, which the country said was withheld as administrative costs.

On the Malabu case, Owasanoye said: “Nigeria is an interested party in that case and is asking for compensation for the corruption that was inflicted on the country by the illegal award of that licence.”

Eni and Shell jointly acquired an oil field from Malabu Oil and Gas, which was owned by a former petroleum minister Dan Etete.

An ongoing case in Milan, Italy alleges that roughly $1.1 billion of the total was siphoned to agents and middlemen.

She called for a concerted effort against corruption, which she described as a “threat to global peace”.

Osinbajo urges Southeast political elites to be truthful to their people