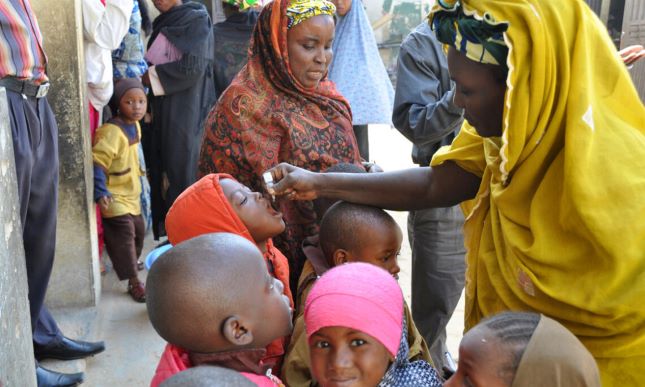 The United States Ambassador to Nigeria, Mary Beth Leonard, has congratulated the government and people of Nigeria on attaining a wild poliovirus-free status after years of joint efforts to qualify Nigeria to be removed from the list of wild polio endemic countries.

“We are proud of our partnership with Nigeria and cherish the cooperation that ensures the country has the technical expertise and resources required for success.

“No country could have achieved this great feat without the support of its partners,,” the Ambassador said at a town hall meeting with Embassy staff members and polio eradication stakeholders.

She added that “the United States stands ready to continue its partnership with Nigeria as it consolidates and builds upon its successes in fighting polio, including strengthening routine immunization, and improving the health of children and their families.”

The certification came after four years without any reported cases of polio in Nigeria and followed an in-depth review and acceptance of the country’s certification documentation.

Ambassador Leonard said she was confident that Nigeria had strategies in place to ensure the gains made in the polio eradication efforts were not lost and that the momentum achieved in achieving this certification continued.

“Despite the certification, a resurgence of polio can still occur. It is therefore critical that the country’s disease surveillance system is sensitive enough to quickly detect and respond to diseases,” She added.

Ambassador Leonard also recognized the role of the U.S. Centers for Disease Control and Prevention (CDC) and the U.S. Agency for International Development (USAID) at the forefront of partnering the people of Nigeria towards polio eradication efforts in the country.

She said since 2012, the CDC and USAID had invested approximately $150 million and $70 million, respectively, towards Nigeria’s polio eradication efforts.

The agencies work in Nigeria at the state and local levels to strengthen surveillance, polio campaigns, polio outbreak response efforts, and routine immunization.

No iota of truth in ICPC petition of unfair contract awards...

WTO leadership race: Okonjo-Iweala, 4 others advance to second round of...