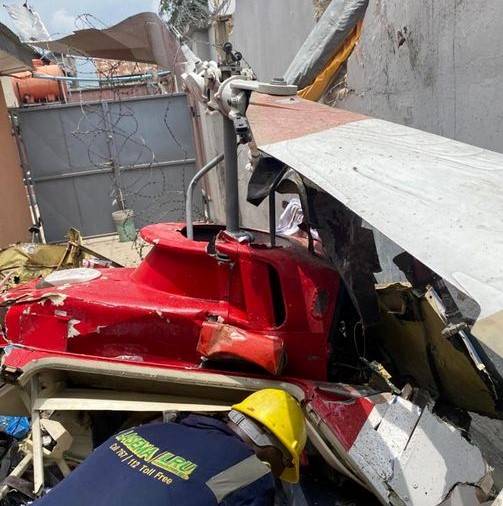 Lagos State Governor Babajide Sanwo-olu has commiserated with families, friends and associates of the victims of the unfortunate helicopter crash in Opebi, Lagos.

In a condolence message signed on his behalf by his Chief Press Secretary, Mr. Gboyega Akosile, on Friday, Governor Sanwo-Olu promised that his Government would work with all the relevant Federal Government agencies to unravel the remote and immediate cause(s) of the accident so as to prevent a recurrence.

The governor advised residents of Opebi and its surrounding to go about their business peacefully saying, “there is nothing to fear as men and officers of the State emergency services were promptly deployed to the scene of the crash and they had brought everything under control. The environment is also safe and secure.”

The governor prayed that God would grant the deceased eternal rest and grant the families they left behind the fortitude the bear the irreplaceable loss.

Lai Mohammed gives insights into how he relates with his Orderly