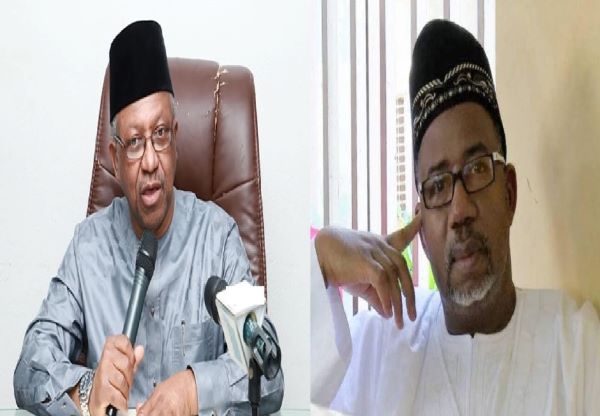 Minister of Health, Dr  Osagie Ehanire has considered the request of Governor Bala Mohammed of Bauchi State to partner Federal Ministry of Health to develop the State Health Sector to the level that can satisfy those who believe that “government is about giving services”.

The governor, who led a team composed of the Commissioner for Health and his counterpart in the Planning Ministry of Bauchi and some other Special Aides to a meeting in the minister’s office on Friday, said his government was committed  to leaving a legacy of service to the people.

He also stated that the state government was already deploying not less than 16% of the State’s annual budget in the health sector.

The governor commended Dr Ehanire and his team for bringing the issues of the health sector to “something that has been of concern to every one of us.”

He said, “We want to look at all our inadequacies and limitations, take our political inventory, our human capital and approach our partners to find a way of closing the gaps.”

He stated that the health sector had long been neglected before Dr Ehanire arrived on the scene as minister.

The Bauchi governor also invited the Minister to be a part of the Bauchi State Health Summit at a future date.

He further disclosed that his government had been doing so much in Bauchi’s health sector but identified the Bauchi challenge to include the problem with implementing the “Saving One Million Lives”.

He also listed the issues of Basic Health care Provision, stating that Bauchi “has not been able to access anything despite Buachi having complied with all the guidelines”; andthat of the “human capital.”

On the challenge of human capital, Dr Ehanire proffered the solution of training health care personnel from the locality that would also be quartered in that same locality so that they would not run away.

“If you bring from other places, they will stay a few months and they would want to go back to where they come from.  So, we want to localize and indigenize human capital development for the health care sector,” he said.

He further explained that all that might be required was for the State to give the FMC care giver a stipend, having already been provided a place to stay.

Ehanire further sold the idea of his pet project – the Emergency Ambulance Service – NEMSAS to the visiting Bauchi State Team.

He said, since Bauchi already had 108 PHCs with the propensity to putting more in place; Secondary Health Care Institutions and Tertiary Health Care Centers, “then what remains is an emergency ambulance system” which he said “has the potential of reducing maternal mortality by 25 to 30%.”

The Minister of Health also accepted the Bauchi Governor’s invitation to be a part of the upcoming Bauchi State Health Summit.

My Notes: Justice Oputa was prophetic, By Lillian Okenwa