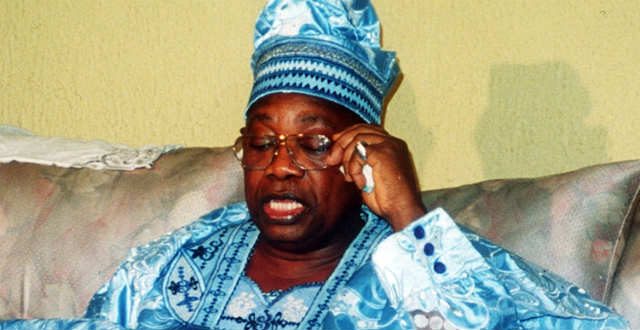 The Oodua People’s Congress on Thursday honoured 21 Nigerians for their contributions to the growth of the organisation and their belief in and pursuit of the Yoruba cause.

The honour was bestowed on the recipients at a well attended ceremony to mark the 25th anniversary of the OPC.

The group was founded on August 13, 1994 in the wake of the struggle for the actualisation of the annulment of the June 12, 1993 presidential election won by the late Chief Moshood Kashimawo Olawale Abiola.

The National Coordinator of the OPC and Aare Ona Kakanfo of Yorubaland, Iba Gani Adams, explained the reason behind the award in his speech at the event on Thursday in Lagos: “Let it be restated here that our interest in all is defending the Yoruba interest. And we are fanatical about that.

“This is why we want to use the opportunity of this anniversary to honour those who have been fanatical, like us in OPC, about Yoruba interest. For example, even if I did not meet him personally, I heard and read about our revered leader, the late Chief Obafemi Awolowo. Pa Adekunle Ajasin I met though many here just read about him. Bashorun Abiola’s passion for the Yoruba race was never in doubt until he died. These are the calibre of people we are honouring today.

“They are the ones who have propelled us in all that we have done so far, with OPC gaining grounds all over the world. Despite the many battles, OPC is progressing.

“It has given birth to Olokun Festival Foundation, Gani Adams Foundation, Oodua Progressives Union, an organisation for Yorubas in Diaspora now in 87 countries. It is equally on record that most self-determination groups between 2001 and 2012 have traces of OPC membership. That is why we only laugh when people speak ill of OPC because you do not know the potential we have inhouse.

“The progress we have recorded has shown in the number of recognitions we have received, the highest being my emergence as the 15th Aare Ona Kakanfo of Yorubaland.

“In the letter of award by Iku Baba Yeye, Alaafin of Oyo, it was stated that my involvement in the OPC Olokun Festival Foundation and OPU, which was then in 77 countries, earned me the highest honour and title in Yorubaland, the Aare Ona Kakanfo.”

NACA says it has identified 1.7 million Nigerians living with HIV

CAN rejoices with Adeboye at 80