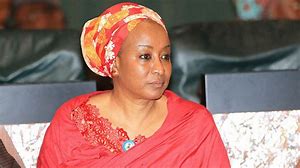 About ten million pupils in 32 states across the country are currently benefiting from the School Feeding Programme of the Federal Government, Special Adviser to the President on Social Investment, Mrs Maryam Uwais has disclosed.

Uwais who stated this while briefing the Minister of State for Budget and National Planning, Prince Clem Agba during a familiarization visit to his office in Abuja also disclosed that close to 400,000 poor and vulnerable households in 25 states including the Borno IDP camps are enrolled into the National Cash Transfer Programme.

This, according to her, is in addition to over 2 million people who have benefited from interest free loans through Marketmoni, Tradermoni and Farmermoni facilitated under GEEP.

She said the N-Power Programme which has profitably engaged over 540,000 young people in all 774 local government areas of the country has become a veritable platform for the youth to explore their potentials.

“We are doing very well with the Npower Innovation hubs which have been quite successful. With one innovation hub in every geopolitical zone in the country, young people who have brilliant ideas can now effectively engage.

“Each hub has its own theme that is relevant to the peculiarities of the zone it is situated. For instance, the North East is more about humanitarian issues just as the South South hub focuses on oil and gas, education, security amongst other areas.

“The good news is that we have seen our young people leverage on this platform to create apps and other devices that provide solutions to everyday problems. We are encouraged by these success stories as we remain determined and focus in achieving greater results through the SIPs to actualise the vision of Mr President”.

Special Adviser solicited for an improvement in the good working relationship and partnership between her office and the Ministry of Budget and National Planning.

Briefing the minister on the activities of the NSIO and the level of implementation of the various components of the Social Intervention Programme of the Buhari Administration, she said the social investment initiatives of the Federal government has made a huge impact on the socio-economic wellbeing of millions of poor and vulnerable citizens.

Underscoring the need for increased funding to close existing gaps for better service delivery, Uwais said, ” we really would need an increase in funding every month if we are to sustain these programmes.

“We also look forward to a continued and even more formidable collaboration between our office and your Ministry so that we can be able to do much more for our citizens, who had hitherto not been impacted by Government.

“The President has given us a target to lift 100 million Nigerians out of poverty in ten years. This can definitely be achieved if we have the required funds to drive and sustain these programmes….”

Mrs Uwais believes with more funding, the NSIO, which coordinates the implementation of the four components of the National Social Investment Programme namely; The National Home Grown School Feeding Programme NHGSFP, N-power, National Cash Transfer Programme NCTP and  Government Enterprise and Empowerment Programme GEEP, would be able to reach out to more Nigerians in economic and social crisis.

The Minister of State thanked the visiting delegation for a job well done in the execution of the Social intervention Programme, assuring the implementation team of more support from his ministry.

He said it is the desire of the Federal Government to adequately fund its projects to achieve set targets and called for the data integration for proper planning and execution of government programmes and projects.

Cluster heads and staff from each of the programmes were represented as part of the NSIO team that visited the Minister. Top Management staff of the Ministry, led by the Permanent Secretary also participated in the meeting.

Lagos to engage stakeholders on policy on admission of underage pupils