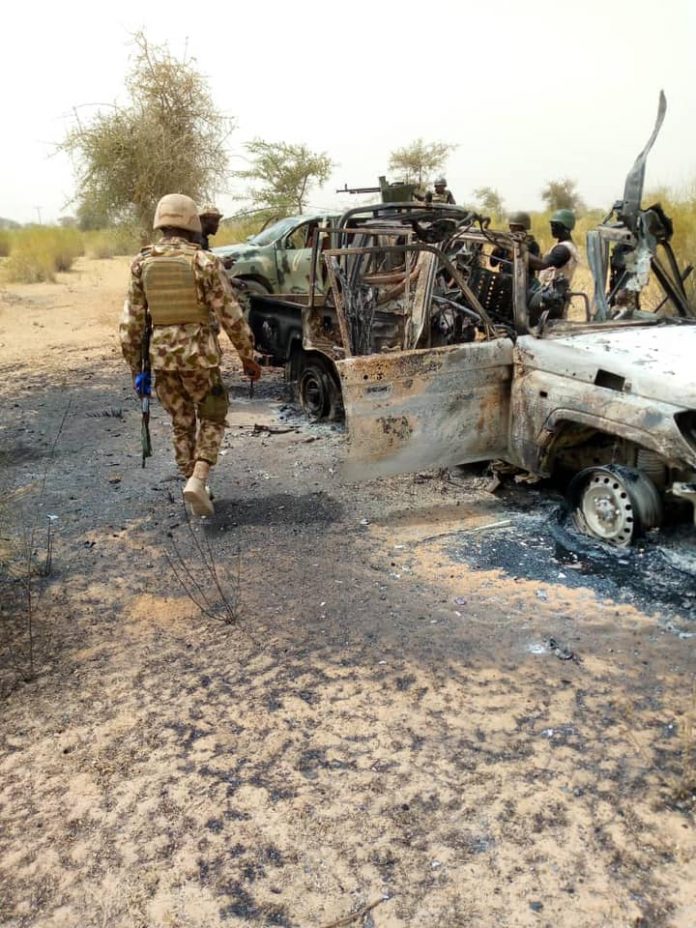 Nigerian Army said a senior commander of Islamic State in West Africa Province, ISWAP, Bukar Gana Fitchmeram (aka Abu Aisha), and scores of his fighters who were on revenge mission at Damasak, were killed on Thursday.

Director Army Public Relations, Brigadier General Mohammed Yerima, said the terrorist and his fighters met their waterloo as they made a come-back following the neutralization of 12 high-value ISWAP commanders in Mobbar Local Government Area of Borno State in a week-long air and ground operations by the Nigerian military.

Yerima said in a well-coordinated ground bombardments and aerial strikes by the Nigerian military on various locations in the Northeast, the terrorists who were denied any sanctuary or respite desperately conducted two separate failed attacks on Gajiram and Damasak.

He said the deadly air strikes conducted on Tudun Wulgo, Zari and Tumbun Alhaji, Kusuma, Sigir in Ngala and Arijallamari, in Abadam, Marte and Ngala Local government Areas, led to the killing of top ISWAP leaders. 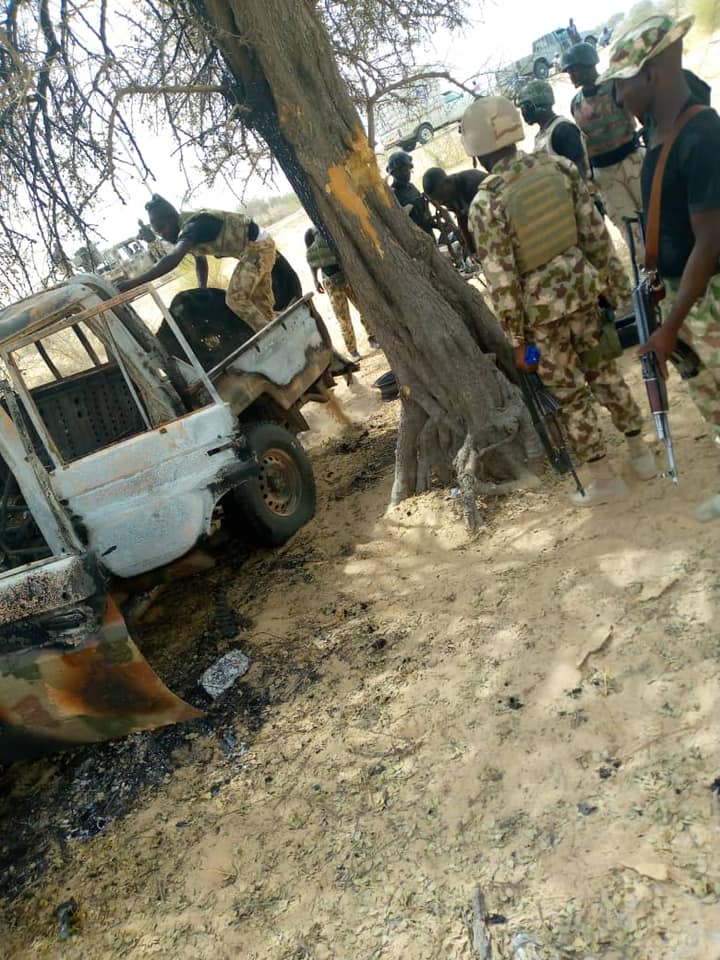 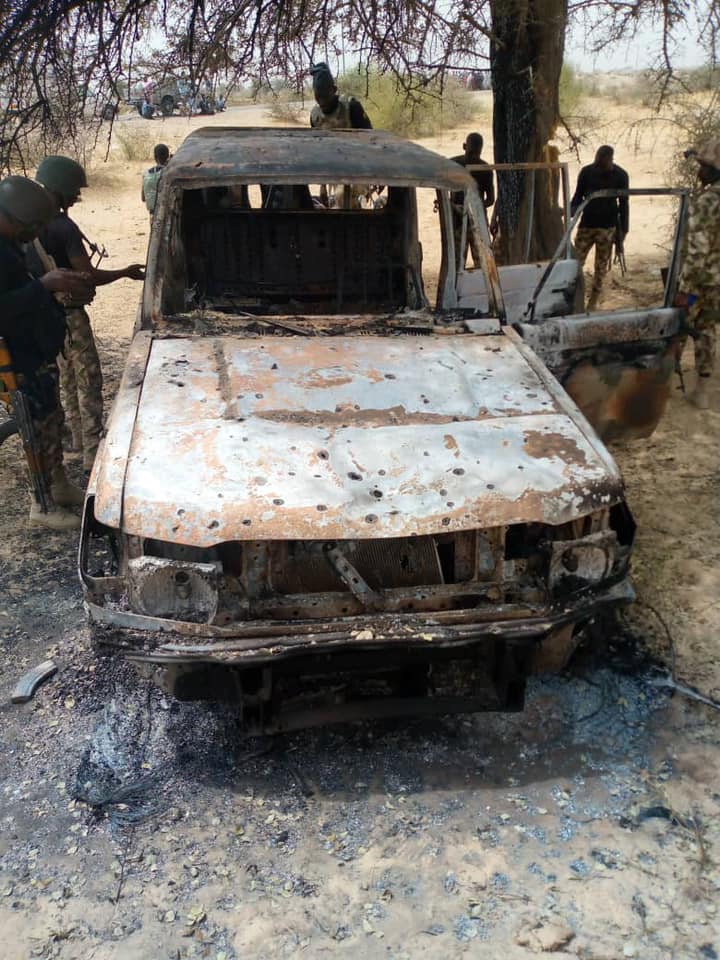 He added that the troops’ artillery bombardment and air strikes on April 6 also resulted in the elimination of two top ISWAP leaders including Abu-Rabi and Muhammed Likita as well as scores of their troops and body guards around the axis of Kusuma, Sigir in Ngala and Arijallamari in Abadam Local Government Areas.

Yerima further stated that the terrorists’ storage facilities that housed weapons used to conduct several attacks was also targeted and destroyed in the air raid by the Air Component of Operation Lafita Dole.

He said on the night of Saturday, April 10, three other terrorist Commanders including Ameer Umar, Abu Ubaida and Abu Salim were ambushed and killed by own troops around Wulgo / Logomani axis close to Cameroon borders while attempting to attack locals and rustle their cows.

The Army spokesperson said the devastating air strikes and artillery bombardment on the ISWAP camps had pushed the surviving elements to conduct desperate attacks and looting missions for food and drugs for their wounded colleagues.

He said on April 11, the Nigerian military bombardments eliminated scores of ISWAP/Boko Haram terrorists on five guntrucks in Damasak.

Yerima said some of the terrorists were hits close to the perimeter fencing, while others were neutralized while attempting to loot food items in a store belonging to the United Nations as well as drugs and ambulance.

He said three soldiers and some civilians lost their lives while properties were burnt in the town.

He said some of the terrorists still got access to the town burning and looting items before vacating the area.

Yerima noted that Damasak had been attacked several times and failed and the troops’ fighting spirit remained very high in spite of the nefarious activities of some local informants who often tip the Boko Haram/ISWAP terrorists on troops’ movements and positions.