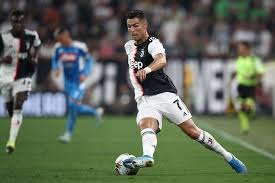 His most recent deal, which is to run until 2026, also included a bonus of four million euros for winning the individual award, according to a draft contract.

Ronaldo, who joined Juventus in 2018, after trophy-laden spells with Real Madrid and Manchester United, has had a contract with the US clothing giant since 2004 which “guaranteed him a base fee of 3.65 million euros”.

Wike’s verdict: Financial autonomy for Judiciary is not possible in Nigeria