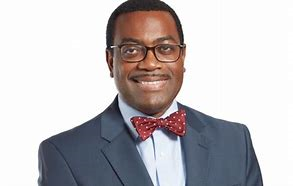 President Alassane Ouattara of Côte d’ Ivoire has appointed Adama Koné Minister of Economic and Financial Affairs to support the re-election of Dr Akinwumi Adesina as President of the Africa Development Bank (AfDB).

Quattara said this at the first Council of Ministers of the country’s new government team on Friday.

He explained that Koné, a former minister of Economy and Finance was reappointed to represent the country as the Executive Director in AfDB to support and work for Adesina’s re-election.

According to him, Adesina deserves a second term because of the great job he is doing.

“For my new ministers, I will like to congratulate the new Ministers and Secretaries of State who have just joined the government team.

“You are men and women of experience, committed people, I am convinced that you will make an important contribution to the daily action of the government.

“As you have seen, we have expanded the government to reflect the diversity of our country. Thus, almost all regions of Côte d’Ivoire are represented.

“One of the major changes is the split of the Ministry of Interior and Security, this was the case from 1991 to 2011.

“The separation of these two Ministries seems necessary considering the importance of the challengesin our country” he explained.

He said the ministry of Security and Civil Protection would deal with security threats and the fight against terrorism, in liaison with the Ministry of Defence.

“I will like to say that this new government is a Mission Government. Your mission will be to work tirelessly to improve the welfare of our fellow citizens.

“I therefore, count on each and every one of you to be on ground, alongside our people” he added.

National reconciliation committee yet to meet on Osun PDP crisis

“We are ready to rebuild and rediscover the Ekiti Dream,” Segun...

WHO backpedals on Ibuprofen warning for suspected COVID-19 cases

5 Nobel economists, 32 other Chinese, US experts call for end...