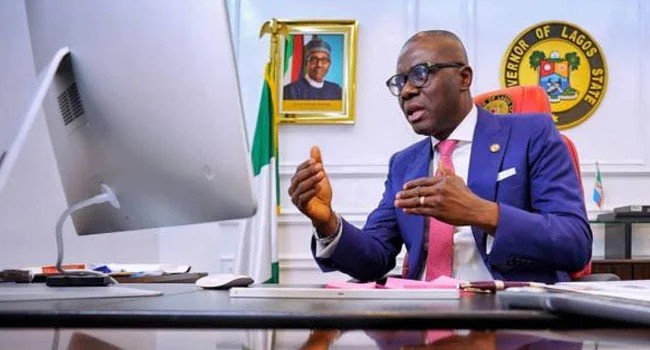 Governor Babajide Sanwo-Olu of Lagos State has admitted that the number of police officers manning Nigeria’s commercial nerve centre is inadequate for the state.

“We believe Lagos State is under-policed in terms of the ratio. We believe that the population is also growing but we do not have the same growth in terms of the number of police officers that we have. That is one of the places where the imbalance lies,” the governor said on Channels Television’s Sunday Politics while explaining his government’s efforts at combating crime.

While admitting that the State Government can do nothing to increase the number of police officers in the State, Governor Sanwo-Olu, however, assured that security officers will continue to get the government’s backing.

“The minimum I can do is to up the skills and up the infrastructure and the equipment for the number we have in the Lagos State Command,” he said, adding:  “We give them all the support that they require.”

He explained that there were ongoing conversations with the Federal Government on the adoption of community policing as a means to tackle insecurity in Lagos State and the country at large, stressing that community-based policing has worked well in other parts of the world.

According to Sanwo-Olu, his government was adopting technology in the fight against crime in Lagos State.

“We are doing a 2,000 high definition CCTV camera infrastructure architecture in the state,” the governor said, noting that the project had started.

“Technology is one of the things we believe we can use as a strong tool to help the security architecture and make them do their work well.”