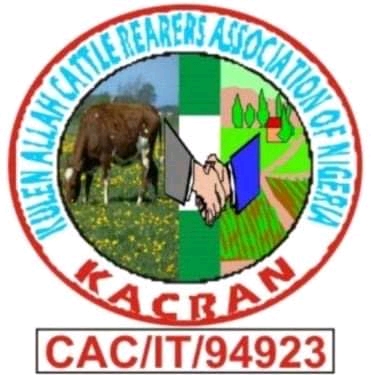 A pastoralist association, Kulen Allah Cattle Rearers Association of Nigeria (KACRAN) has called on governments of southern states of the country to reconsidered their decision to ban open grazing in their domain, insisting that they stand to lose more from the action.

The association in a statement on Thursday signed by its’ National President, Hon. Khalil Mohammed Bello said the enactment of the anti-grazing law in the south of the country should be a direct signal to the people living in that part of the country that meat prices may soon be so high.

Bello said KACRAN has observed that pastoral business just like any other business in the world have some factors to be carefully considered which include nearness to raw materials, power supply, cheap labour, market, among others and in this regard, “the southern part of this country has fulfilled all the factors named to be considered for running pastoral occupation including security which is a most vital factor in the Nigeria of nowadays, because not all parts of the country are safe even for ordinary living talk less of operating any business.”

He said KACRAN strongly believes that the southerners will be the great losers on any decision making that has to do with forceful expulsion of herders from their domain because, when they are moving they will move away with their animals.

Bello said after carefully studying and critically assessing the situation in most of the Southern States, KACRAN has come to understand that the major reason that led to the enforcement of the said controversial law is mainly associated with conflicts and clashes happen between cattle rearers and farmers who in many instances accuses herders for destroying their farms due to reckless animal rearing by some herders.

He advised that herders must live peacefully and nicely as they used to do several years ago with their southern host communities, must stop destroying people’s farms and if it accidentally happen they must pay compensation equal to what they destroyed; they must play a leading role in fishing out the bad eggs among them regardless of myopic thinking that these people are our brothers, because criminal is criminal who must treated harshly; they must fully cooperate with southern authorities and security agencies to pinpoint the hide outs of any gang of criminals in their environment and surrounding regardless of from which tribe or religion, the members of such gangs belongs to without fear, or prejudice.

He also advised that they must be fully submissive to the existing laws and regulations that with the exception of the anti open grazing law, must conduct themselves in a way and manner in which they would be so useful and helpful to the Government and their host communities.

He said: “​We advise them to remain peaceful and friendly when doing their business or in their usual interaction with the people in the area under reference. They must return to their normal way of decent life which earned them love and acceptability in the olden days. They must stop taking law into their hands if their animals are being beaten or killed by their host communities instead let them be reporting such type of incidences whenever they occur to the constituted authorities, such as Obas, Chiefs Kings and other securities agencies.

“​They should be observing newly herders coming to the South for animal rearing and if they see any unacceptable behaviours, they immediately report them to the law authorities.

He pleaded that the southern governments to kindly have a rethink over their decisions to enforce anti open grazing law and Instead they should allow the herders to continue freely with their lawful pastoral occupation in their domain, adding that “In areas where they have abundance of vegetations let them provide animal grazing areas and water points where hundred thousands of animals will be kept, so that they will be able to establish meat processing, milk, leather, chalk and other companies relaying on livestock at the source of their raw materials.”

He also advised that: “They should introduce cattle tax yearly payable for each head of animal by the herders so that they will get billions of Naira yearly which can be used for the development of their States, at the case was in the north during the 60th.”

My faith in young generation is unshakable, says Aisha Buhari