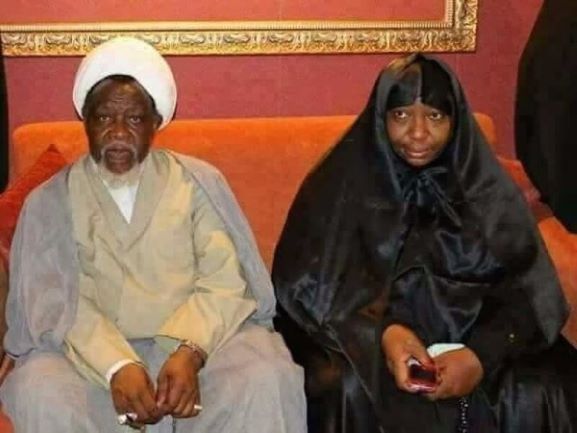 A Kaduna High Court on Monday ordered the Correctional Centre to allow leader of the Islamic Movement in Nigeria (IMN), Sheikh Ibrahim El-Zakzaky, and his wife, Zeenat, full access to medical services before they take their plea on April 23.

The court presided by Justice Gideon Kurada gave the order after the Controller of the Correctional Centre, Kaduna, appeared before the court at about12 noon on Monday, February 24, 2020.

The trial judge had briefly adjourned for some hours for the Controller to appear to explain why he refused to allow physicians to the two defendants access to them in the facility as directed by the court on February 6.

Justice Kurada, at the resumed hearing of the case on February 6, had adjourned the case to February 24 and 25 for the defendants to appear in court and take their plea.

The IMN leader and his wife are standing trial on allegations of culpable homicide, unlawful assembly and disruption of public peace, among other charges.

Justice Kurada had granted the defendants’ application to allow them access to their personal physicians to enable them appear in court and take their plea at the next adjournment date of February 24 and February 25.

However, at the resumed hearing of the case on Monday, February24, 2020, Marshall Abubakar, also counsel to the defendants, told the court that the physicians were denied access to his clients despite the court order.

Even though Zeenat was in court, Abubakar requested that the court invite the Controller to give reason for disobeying court order.

The request was granted and the case was stood down to allow the Controller to appear before the trial judge at 12 noon.

Abubakar told newsmen at the resumed hearing about 12 noon on Monday, February 24, 2020 that the Controller appeared in court and gave reasons for refusing to allow the physicians access to his clients.

He said the court had renewed the order to the centre to allow the two defendants full access to all necessary services they needed for them to be fit to appear and take their plea in the next adjourned date.

Mr Dari Bayero, lead prosecution in the suit, said the court had allowed the two defendants full access to medical services so that there would be no excuses when they come to take their plea on April 23 and April 24.

Bayero said the prosecution was ready with its witnesses to prosecute the case in the court on that day.

Pray for me, my family, Adeboye tasks church members

Just In: Kano in another mourning mood as first class Emir...

Legalizing Cannabis will turn Nigeria to a nation of junkies, warns...