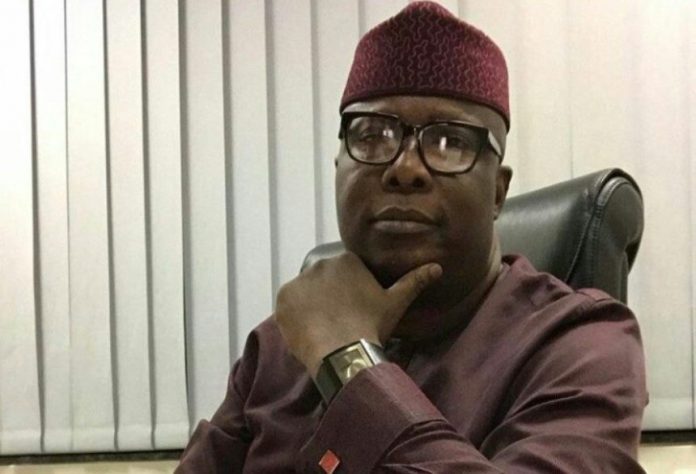 Special Adviser on Political Matters to President Muhammadu Buhari, Senator Femi Ojudu, has threatened to sue All Progressives Congress (APC) Ado Ekiti Local Government chapter over alleged libel and defamation of character.
The chapter accused Ojudu of bribing the APC chairman of his ward with N500, 000 in a letter of invitation dated June 25, 2020 titled “your political anti-party activities and the needs to defend yourself”.
The letter further accused him of “propaganda in the media and blackmail against the party and state chairman.”
The executives further alleged the presidential aide thwarted efforts by ward 8 Ado Ekiti to invite him to defend alleged anti-party activities.
They then asked him to appear on July 2 by 12noon to defend himself for also calling for dissolution of party executives at all levels.
Ojudu has been in a running battle with Governor Kayode Fayemi since he criticised the former Minister of Steel and Mines for non-performance in June.
He also accused the Governor of running a “one-man” administration.
The Governor, it was gathered, didn’t take kindly to the criticism and allegedly instigated for Ojudu’s suspension by his ward executives.
The move failed with the executives instead passing a vote of confidence on the presidential aide, vowing that no amount of intimidation will make them suspend Ojudu.
The presidential aide, who is from the same ward as Deputy Governor, Chief Bisi Egbeyemi, however, said he was aware of the invitation.
He however said he won’t be able to honour the invitation physically in view of the ban on interstate travel.
According to him: “I have received the letter and would have loved to honor their invitation but as a law abiding citizen I can’t go against the Executive Order as signed by the President banning interstate travel.
“I will however not mind engaging the Executive in a Zoom meeting. I have also taken notice of the libel contained in the letter and have briefed my lawyers and will be seeking redress in court.”
Please follow and like us:

N6.25b NDDC funds diversion: I have the evidence – Palliatives committee...