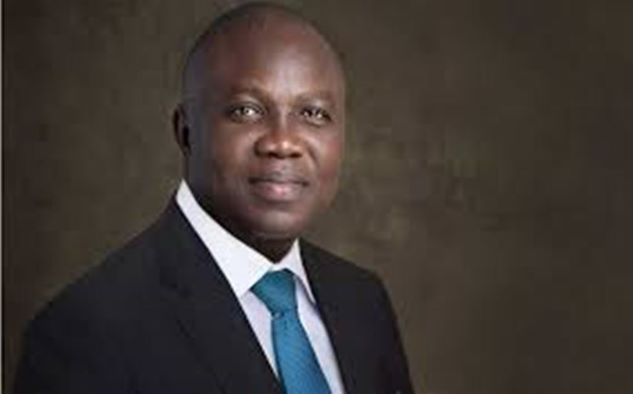 A majority of Lagos East Senatorial District voters and leaders decided in favour of the immediate past Governor of Lagos State, Akinwumi Dapo Ambode, to fill the vacuum left behind by late Senator Sikirulai Adebayo Osinowo, who, until his death, represented the people of the district in the Red Chamber of the National Assembly.

The emergence of Ambode followed a poll conducted on who should replace Osinowo.

The poll, conducted by Jumu’ah Abiodun, a Political Analyst and Social Commentator, on his twitter handle: @jumuahabiodun, on June 22, 2020, found that 63 per cent of the voters decided in favour of Ambode

Among all contenders, two-term Senator, Bareehu Gbenga Ashafa; and former Speaker of the Lagos State House of Assembly, Sabit Adeyemi Ikuforiji, had 15 per cent of the votes each, while the Chairman/Chief Executive Officer of Nigerians in Diaspora Commission, Abike Dabiri-Erewa, had 7 per cent.

Jumu’ah pollsters said while the question regarding Ambode, Ikuforiji, Ashafa and Dabiri-Erewa to fill the vacuum was not out of place, they equally sought to known why the names of Chief Lanre Razak and that of the late Senator’s son, Dr. Tunde Osinowo, were omitted from the poll.

Majority of the chieftains of the All Progressives Congress who spoke with Abiodun on condition of anonymity after the poll said they believe Tunde Osinowo should be considered for the position.

One of them said: “You have done well with your poll, though, to be realistic with you the late Senator’s son (Tunde) should be given the opportunity to represent Lagos East Senatorial District.

“We have seen what transpired in Osun when the late ‘Serubawon’ Senator Adeleke died.”

Another added: “It’s the decision of leaders of that Senatorial District, but in fairness, his son should be given the ticket to contest the bye-election.”

“However, the late Senator’s son is not a bad choice either.

“I trust his father’s friends and associates can support him to accomplish that.”

A top APC Chieftain who was formerly the editor of a national daily responded via WhatsApp: “Your survey was sentimentally biased against Lanre Razak.

“How come a survey has limited space to accommodate all contenders?

“Next time, do a poll that can accommodate all contenders.”

In his reaction, Abiodun stated: “It was not deliberate nor was it in any error to omit Chief Lanre Razak from the list.

Nigeria In Need of Ethical Journalism Practice, By Emmanuel Ajibulu