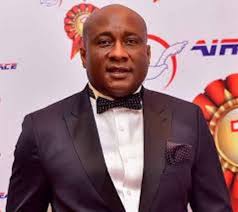 The evacuation of the second batch of Nigerians from South Africa owing to ongoing xenophobic attacks, suffered an interruption on Tuesday following the delay in granting landing permit to Air Peace.

The airline has volunteered to evacuate Nigerians willing to return to the country following the recent violence against foreigners in the southern African country.

The News Agency of Nigeria (NAN) reports that the airline in collaboration with the Federal Government had on Sept. 11 evacuated the first batch of 187 Nigerians from South Africa.

There was a plan for the airline to evacuate another batch of 320 Nigerians who had indicated interest to return home, with the flight expected to arrive in Lagos at 7.00p.m on Tuesday.

However, Mr Allen Onyema, Chairman of Air Peace, told newsmen in Lagos that the airline’s B777 aircraft deployed for the operation was still on standby at the Murtala Mohammed International Airport, Lagos.

According to him, the aircraft is supposed to have departed Lagos at 1.00 am, but was denied landing permit by the South African authorities.

“We did not take off at 1:00am as scheduled because South African authorities are yet to give us landing permit.

“We are hopeful that they will give us the permit. Our crew waited till 3:00 am, but when the permit did not come, they went back to the hotel.

“Once we get the permit we will set off to South Africa. We don’t want to speculate but we are hopeful they will give the permit,”Onyema said.

NAN reports that the South African authorities had on Sept. 11 also prevented some Nigerians from leaving the country, by insisting on a fresh profiling exercise in spite of the one earlier conducted by the Nigerian High Commission.

The situation led to several hours of delay before 187 of the more than 300 Nigerians were successfully evacuated. (NAN)