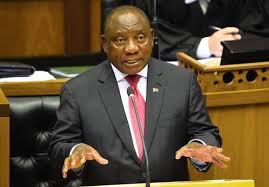 While the tensions raised by the recent xenophobic attacks on Nigerians living in South Africa are yet to fizzle out, a top official of the South African government has dished out bitter words for African leaders whose citizens migrate to South Africa.

Nigerians make up a large number of African migrants in South Africa and were among the most hit by the recent xenophobic violence.

“We cannot absorb the results of all the problems that are made by leaders who want to loot their countries, who do not care about their own people,” Blade Nzimande, the South African minister of higher educations, science and technology, said on Monday in Durban, while commenting on the bashing of his country over the xenophobic attacks.

Mr Nzimande’s remarks, reported by Sowetan Live, a South African news website, including several other local media in South Africa, coincided with the tendering of an apology to the people and government of Nigeria by President Cyril Ramaphosa’s Special Envoy to Nigeria, Jeff Radebe.

“We met a short while ago with President Muhammadu Buhari to convey our President Ramaphosa’s sincerest apologies about the incidents that have recently transpired in South Africa,” Mr Radebe told journalists in Abuja. “Those incidents do not represent what we stand for as constitutional democracy in South Africa.”

Sowetan Live reported that Mr Nzimande was addressing a workers’ union in which he is the general secretary.

“African leaders themselves must get their act together, such that they don’t destroy their country and people have to leave.

“You can’t just blame South Africa, we are doing the best. But it is time we ask those leaders in our continent, ‘what are you doing to make your countries better places to live in?’”

From a video posted on Twitter by eNCA, a South African TV channel, the audience could be heard clapping and cheering the minister on.

He is said to have, however, stated clearly he was against the attacks on foreigners, which have led to the killings of some foreign nationals.

Meanwhile, the Nigerian government a few days ago began repatriating its nationals from South Africa.

About 320 returnees are expected to arrive Nigeria Tuesday night.

Why Buhari approved N34 billion for rural roads — Minister of...

Why I am humble – Pastor Adeboye

UN agency says a half million people at risk of starvation...