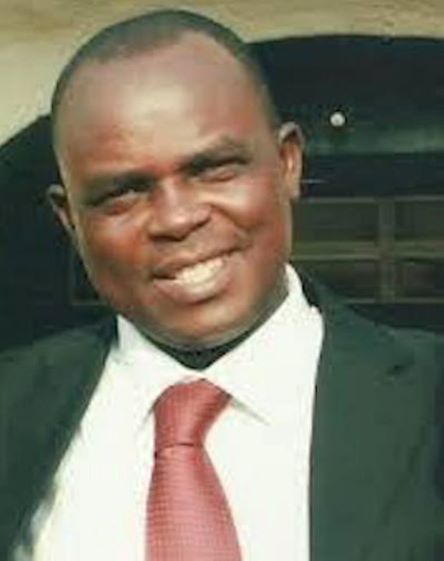 The people are the only censors of their governors: and even their errors will tend to keep these to the true principles of their institution. To punish these errors too severely would be to suppress the only safeguard of the public liberty. The way to preserve these irregular interpositions of the people is to give them full information of their affairs through the channel of the public papers and to contrive that those papers should penetrate the whole mass of the people. The basis of our governments being the opinion of the people, the very first object should be to keep that right; and were it left to me to decide whether we should have a government without newspapers or newspapers without a government, I should not hesitate a moment to prefer the latter. But I should mean that every man should receive those papers and be capable of reading them – Thomas Jefferson (1787), served as the third president of the United States of America (1801 – 1809).

Perhaps you, too, have noticed what I did days ago: The paginations of newspapers have returned to what they used to be in my own days as editor some twenty-something years ago (1990 – 1997). Unlike the bumper editions that was the fashion before the brk of coronavirus (sometimes even more than 100 pages); we now have mostly 32-page newspapers.

Thanks to technology (internet, social media, etc.) it would have been practically impossible to produce newspapers under this lockdown. How do you get the news; how do you get back to the office from an assignment; and how do you put together the then laborious and time-consuming production process? How do you get advert copies – the backbone of the media? Technology has created a lee-way for today’s news people.

The media people’s innovations and imaginative responses to the times have also helped. Much recourse is made these days to interviews and resource materials from the library, archives, social media, etc. Despite these, I can imagine what stress they must be going through.

Whereas I understand that media people thrive under stress and tension and their never-say-die spirit is equal to none, these, all the same, are not the best of times to work as a media person. How do you move copies around? How do you sell them and to whom? Is it to people on lockdown and in their hibernations?

I understand sales were not on good footings even before now. Many factors account for this: The proliferation of newspapers; the advent of social media and the avalanche of internet publications; the economic hardship that has whacked newspaper buyers and advertisers, and the dearth of quality hands in many newspaper houses. Brain drain; the search for greener pastures; ownership interference; and the inability of the media owners and managers to retain quality hands have all combined to impact negatively on the media.

Many media houses were limping before Coronavirus while others were on life-support, as it were. Only a handful of media houses were paying salaries as at when due. Even at that, not many take-homes could take the workers home and bring them back to the office. Recently, the journalists’ union called on some newspaper owners to pay salary arrears owed their workers, some running into years! It is that bad and scandalous.

It is shocking that those who fight for the rights of others are laid-back fighting for theirs. Those who scream against injustice from the rooftop accept unimaginable drubbing and suffer so much indignities keeping sane and quiet. What could the magic be? Not long ago, someone sauntered into my office to complain that his employers hadn’t paid him for 26 months! I asked him how he had managed to survive and then told him point-blank: You must be a thief! Haven’t you been cutting corners?

I wouldn’t know how media people – or anyone for that matter – who are owed months of salary arrears could manage decent living, not to talk of taking good care of their family. The ubiquitous “Brown envelope” apart (which is even more of blackmail than reality), I suspect that the African family system and the biblical injunction of being our brother’s keeper must have worked the wonders. But for how long before donor fatigue sets in?

Government must now move in and criminalise non-payment of salaries by employers – ESPECIALLY THOSE WHO HAVE THE VERIFIABLE CAPACITY TO PAY. Some engage in frivolous and ostentatious living; they live like emperors while the goose that lays the golden egg is allowed to pine away. That must now stop! We must stop celebrating such wicked employers but send them to where they rightly belong – jail!

Besides that, government must come up with a Marshal Plan for the media industry. This is a very important national institution. The role played by the media in the fight for Independence from Britain has been etched in gold. The role played by the same media to end military dictatorship and enthrone the democracy we currently enjoy is also still fresh in our memory. It is for no fun that the media is called the Fourth Estate of the Realm – after the three other realms of the Executive, Legislature, and Judiciary. The media has the constitutionally-assigned responsibility of holding the government accountable to the people.

This responsibility is onerous! Only a vibrant media can perform it. Only a financially boisterous media can command the resources needed to maintain a free and independent flow. And this they do, not for themselves but for the good of all. The price of liberty, as it is said, is eternal vigilance. The media is the watch-dog that does that for all of us 24/7.

For those in government and out of it who loathe the media, who think “their good grief” if they (the media) sink, and who, in fact, will assiduously work towards this and celebrate if and when it happens – simply because they have mistaken the adversarial role of the press as personal enmity – I commit then to the immortal words of Thomas Jefferson quoted above. Jefferson was one of the most harassed US politicians by the media; yet, he rose beyond pettiness and personal prejudices to understand, appreciate and preserve the place of the media in a democratic society.

Besides – and interestingly so – everyone gets to need a virile and strong media, able to speak truth to power, at one point in time or the other! Ask Obasanjo! Ask Jonathan! Ask the many other ex-this and ex-that who, like the present powers-that-be, wished the media dead while they were firmly ensconced in power but who, today, rush to the same media for help!