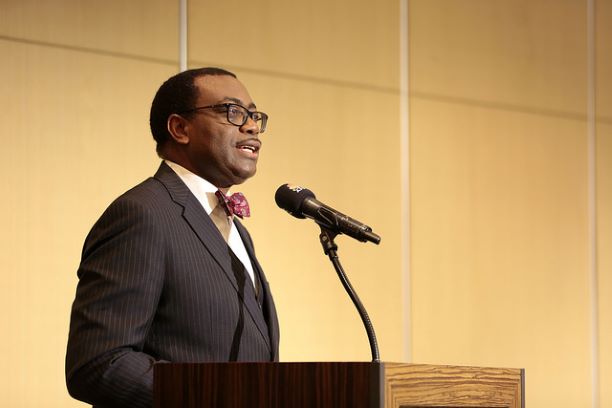 In a bid to fight COVID-19 many nations have moved from their initial prevention strategy to aggressive multi-prong strategies to contain its rapid spread, save lives and sustain economic activities to ensure a health crisis does not morph into a combination of a financial crisis, economic recession, and social upheaval.

The Sub-Sahara African region is not immune from the economic shock caused by the coronavirus outbreak. In its analysis, Renaissance Capital revised down the growth forecast for Sub-Sahara Africa from 3.5 percent to 1.3percent.

Therefore, private and government institutions have pledged some form of support to help Africa fight the pandemic.

The African Development Bank Group (AfDB) has also risen to the challenge and has announced a $10 billion facility support for African countries.

This is in addition to a $3 billion COVID-19 social bond on the London Stock Exchange to help Africa deal with the economic and financial fallouts of the pandemic. Industry watchers have commended the Akinwumi Adesina, AfDB president, who under his leadership has made this support a reality.

Adesina, who has also brought about several innovations in the financial power, has already been endorsed by African leaders for a second term due in September.

The Economic Community of West African States (ECOWAS) at its 56th ordinary session of Heads of States endorsed the re-election of Adesina as President of the African Development Bank (AfDB). The ECOWAS nod was followed shortly after by an endorsement by the African Union (AU).

According to the ECOWAS leaders, “In recognition of the sterling performance of Akinwumi Adesina during his first term of office as President of the African Development Bank, the Authority endorses his candidacy for a second term.”

The excellent performances alluded to by the ECOWAS leaders include a restructuring of the Bank’s operations; a sharpening of its strategic priorities; a decentralisation of operations at country levels, and the largest general capital increase ever by shareholder countries in the Bank’s 57-year history.

The ECOWAS and African Union endorsements are connected to the increased prominence Adesina has brought to the bank and Africa’s development and infrastructure needs.

Adesina took over the helm of Africa’s premier development finance institution in 2015.

In 2017, he was awarded the World Food Prize (an award that has been dubbed the Nobel Prize of Agriculture) for his accomplishments in spearheading a transformation of Nigeria’s agriculture sector.

The World Food Prize Foundation lauded Adesina’s qualitative leadership and his visionary roles over the past two decades in promoting Agriculture with the Rockefeller Foundation, the Alliance for a Green Revolution in Africa (AGRA), and as Minister of Agriculture of Nigeria.

In 2019, Adesina was awarded the prestigious Sunhak Peace Prize.

During his tenure, the bank has seen its fortunes rise on several fronts, including the largest general capital increase in its history with a capital base of $208 billion dollars.

In the 2018, Aid Transparency Index Report, released by ‘Publish What You Fund’, the African Development Bank was ranked 4th among 45 development organisations around the world.

The African Development Bank has had a historic and long-standing good relationship with the United States and the World Bank, and continues to do so.

The forum delivered an impressive US$38.7 billion in investment interests, all done in less than 72 hours!

The bank is efficiently managed and at 2 percent has one of the lowest administrative cost per adjusted common equity ratios among all multilateral development banks.

In 2018, the African Development Bank was ranked among the top three multilateral organizations by the Multilateral Organisations Performance Assessment Network (MOPAN) a report prepared by 19 advanced economies; a three-way tie for first shared with the World Bank and the IDBG.

Adesina is due for a second term, commencing in September and the African Union endorsement was seen by many as seal on an extended term. After all, the institution is first and foremost an African Bank, and African leaders had spoken.

However, a crisis is brewing at the Bank. Adesina’s unopposed second term nomination does not seem to have gone down well with some non-African shareholders, one of which was strongly opposed during his first term election.

Additionally, until this week, there had been strong Board resistance by a number of non-regional member countries who were opposed to the COVID-19 support facilities and the lifting of partial sanctions for countries such as Zimbabwe and Sudan.

The AfDB boss was said to have been livid by the delay, pointing out that Africa had to be helped quickly to join the rest of the world in the battle against the pandemic.

Interestingly, the United States has had declared packages of over $2 trillion in the fight against the pandemic. This is in addition to a reduction in Federal Reserve lending rates and liquidity support to keep markets afloat. In Europe, there are stimulus measures in excess of 1 trillion Euros.

Aside the disagreement over the pandemic support fund, investigations shows that there is a complaint by some members of the AfDB staff against Adesina’s running of the bank.

The allegations which were supposed to have been looked into confidentially by the Bank’s Ethics Committee, have been circulated widely and against Bank rules by a certain non-regional Executive Director who it is reported has never hidden his opposition to Adesina.

Among several allegations are that Adesina intends to make the AfDB a Nigerian affair by giving compatriots key positions, but also by more easily granting lines of credit to leading Nigerian companies.”

Facts on the bank’s website, however, point to the contrary as an approved list of projects on the website show that Senegal, Cameroun, Tanzania, Rwanda, Namibia and others are key beneficiaries of about 75 projects worth $64.5bn. These countries have projects specifically targeting them, while Nigeria benefits more from multiple-country focused projects.

The publication of the allegations in a prominent French newspaper is lending credence to the view that this is a multi-pronged and concerted attempt by some forces to undermine Adesina’s credibility and thwart the re-election of one of Africa’s most decorated development economists.

Issues within the ranks

Events recently took a dramatic turn on March 13th when a break-away group from the rank of petitioners filed a complaint against a key non-African Executive Director for allegedly misleading and manipulating the members of the group against Adesina.

The complaint reads: “This denunciation is made in accordance with the whistle-blowing and complaint-handling policy of the African Development Bank. It is also made in accordance with the provisions of the Code of Conduct for Executive Directors of the African Development Bank. This note is brought by a group of staff members outraged by the actions of an elected staff member, the Executive Director, who uses a group called ‘Group of Concerned Staff Members’ to take hostage our Institution.

“We were members of the group called ‘Group of Concerned Staff Members’ until we understood that we were being manipulated by a group of non-regional Executive Directors, not for the good governance of the African Development Bank but to discredit the candidacy of the current President for his re-election.”

Adesina, in a formal response to the allegations, insisted that: “The African Development Bank has a very high reputation for good governance”, adding that he has confidence in the Board of Governors of the Bank and pleaded that the Ethics Committee should be allowed to do its job without interference.

Investigations carried out show that the Ethics Committee has continued sitting in spite of the Bank’s exhaustive COVID-19 preparation and plans. It is believed this is an indication that the Committee intends to speedily conclude its investigation.

A bank source, who preferred anonymity, said: “Adesina will certainly have his day to defend himself. On every single allegation, he is 100 percent confident that he will be vindicated.

“The source called the allegations a ‘smear campaign’ concocted by an interest group that has never supported Adesina nor felt comfortable with the Bank’s increasingly strategic role in Africa’s much needed development finance.”

68,901 inmates in all custodial centres- NCoS

PDP to Kayemo: Your legal opinion on Zamfara a pathetic hogwash