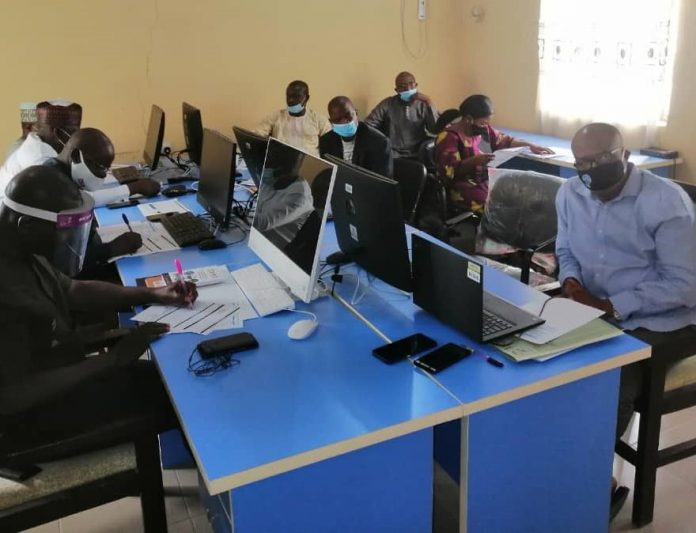 Building on agreement with State Government to improve WASH, Taraba State has inaugurated a task force to develop strategic sanitation improvement plans for the state with the support of USAID.

The establishment of the 12-member, gender-balanced team, referred to as the City Sanitation Task Force (CSTF), is a part of a broader overhaul of Taraba State’s water, sanitation, and health (WASH) sector.

The new CSTF, which comprises essential personnel from the ministries, departments, and agencies (MDAs) that play a critical role in sanitation, will increase awareness of sanitation issues among state officials, civil society organizations, and other government agencies.

It will also offer vital solutions to strengthen the state’s sanitation sector.

The State Commissioner, Ministry of Water Resources, Barr. Gowon Halan expressed “immense satisfaction” over the milestone inauguration of the CSTF committee in his welcome address during the virtual event.

“These series of [WASH] reforms are being engendered because of the partnership the Taraba State Government has gone into with USAID,” said Gowon.

The formation of the CSTF comes on the heels of recommendations proposed by the state’s WASH sector steering committee – which was formed by USAID through its Effective Water, Sanitation, and Hygiene Services (E-WASH) programme.

Speaking during the task force’s inauguration, the USAID E-WASH programme’s Chief of Party, Yvonne Sidhom, commended the state for the achievements recorded so far.

“Taraba state has made steady progress in improving the WASH sector,” she highlighted.

According to her, “In fact, Taraba state is one of the best [performing] states in the project.”

In May 2020, the state government and USAID signed an agreement to improve the delivery of water and sanitation services in Taraba, in a lead up to notable achievements in the state, like the formation of a WASH sector steering committee, and the launch of a new WASH law for the regulation of the sector.

This is part of USAID’s broader efforts to build closer coordination with the Nigerian government, especially at the state level, to improve WASH services in urban areas.

Dickson visits IGP, calls for cessation of all forms of attacks...

Emir of Argungu to turban Lai Mohammed as “Kakakin Kebbi” on...