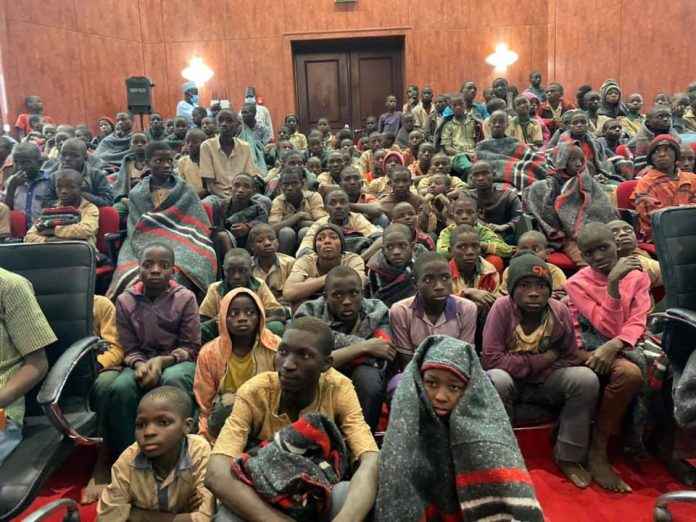 The United States on Thursday urged the Nigerian government to hold those responsible for the kidnapping of Kankara schoolboys, accountable ” lto the full extent of the law”.

The U.S. Department of State condemned the abduction in a statement issued by a spokesperson, Cale Brown.

The statement became processed knowledge after the release of the abducted students on Thursday.

One of the captured students said the abducted students were 520 and that some died in the course of fire fight between the abductors and the Nigerian military.

According to the U.S. State Department: “We offer our sincere sympathies to the families of the missing students and the security guard killed in the attack.

“School should be a safe place where children can learn and thrive.”

Governor Aminu Masari had confirmed that 344 of the abducted students were released by the abductors on Thursday night.

Four companies that account for 65% of Nigerian Stock Exchange’s N20trn...