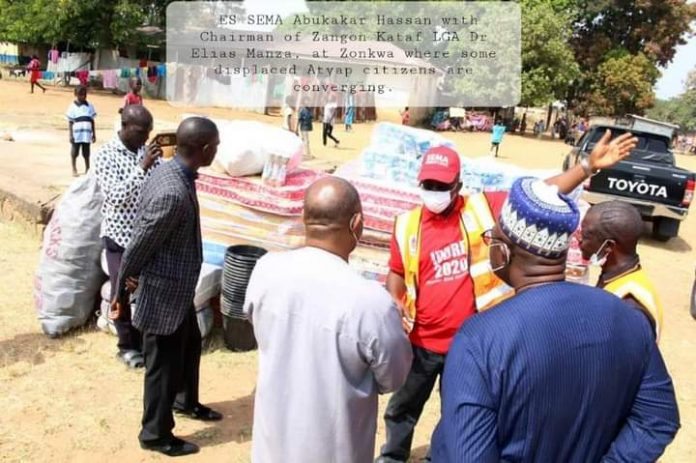 This was disclosed in the latest operational feedback from the military to the Kaduna State Government.

The State Commissioner, Ministry of Internal Security and Home Affairs, Samuel Aruwan, said the decomposing bodies – estimated to have been dead for three or more days – were of citizens from the sides involved in the recent spate of violence, attacks and reprisal killings.

He said security agencies had been informed for appropriate action.

Aruwan further stated that the government would disclose the identities of the decomposing bodies once they were identified.

He said the Executive Secretary of the Kaduna State Emergency Management Agency, Abubakar Hassan, alongside officials of the agency, visited displaced citizens at Zonkwa and Ungwan Idi in Zangon Kataf and Kauru local government areas.

Aruwan said the visit was for the purpose of assessment, and to provide some relief materials to displaced citizens, in compliance with Governor Nasir El-Rufai’s directives.

He added that the State Emergency Management Agency had also drawn the government’s attention to the swelling number of displaced citizens following the killing and counter-killing in the two local government areas.

“To this end, the issue is receiving attention for immediate intervention,” he stated.

Aruwan assured citizens that the State Government would continue to work assiduously for the peace and security of the State.