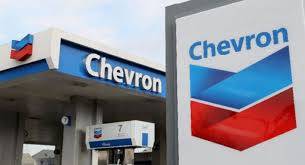 The News Agency of Nigeria (NAN) reports that IRDC is a community-based organisation established in 2005 to support oil exploration companies in bringing succour to residents of host communities.

That year CNL signed a Global Memorandum of Understanding (GMoU) with the IRDC and the state government to allow oil communities the opportunity of ownership and management of various projects, with the American firm providing the funds.

Kennedy, who was represented by Mr Esimaje Brikinn, the General Manager, Policy, Government and Public Affairs, also noted that its partnership with oil communities had been cordial since the establishment of the IRDC in 2005.

According to him, the CNL has spent millions of dollars on a series of projects through the IRDC in improving education, healthcare, economic activities and general welfare of residents of host communities.

“Although  this year is tough for oil and gas companies globally Chevron , however, takes its role as a corporate citizen in Nigeria seriously and remain in active projects that promotes health, education and economic development.

“However, more than before we seek cooperation of all stakeholders as the company takes steps to ensure sustainability of the business in the face of current business challenges.

“It is important to note that the benefits of GMoU can only be sustained in an atmosphere of peace that is conducive for business activities,” Kennedy said.

Earlier, Mr Roland Akintoye-Oyedele, the Chairman, IRDC, while rendering his account of stewardship, noted that GMoU stood out as the most reliable platform for sustainable development in the oil communities.

He said that IRDC was able to complete its N31m fully equipped secretariat, donated thousands of exercise books and textbooks to students in government primary and secondary schools.

He added that it also bought lots of nets, floaters and ropes to assists fishermen and women, sponsored two health programmes to contain COVID-19 and also distributed more than N6.5m foodstuffs as palliatives to residents.

“In our efforts to be committed to the policies and principles of IRDC which are transparency, accountability, integrity and sustainability, the AGM is held to account for our stewardship to stakeholders,’’ he said.

NAN reports that government functionaries, politicians, traditional rulers and other stakeholders were present at the AGM. (NAN)