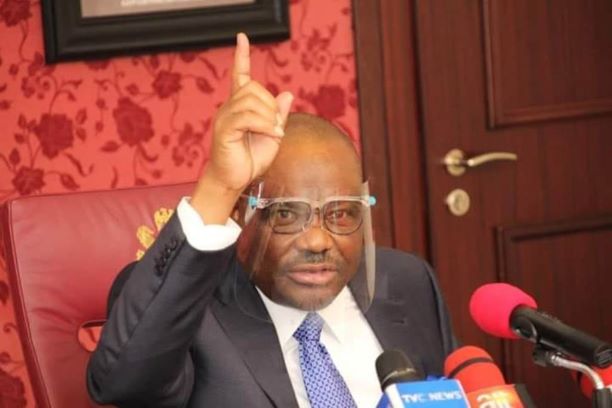 Several comments, interpretations, narratives and theories have greeted the recent letter written by Governor Nyesom Ezenwo Wike of Rivers State to President Muhammadu Buhari, expressing the sincere appreciation of the Rivers State Government and people to Mr. President, for approving the sum of N78.9 billion to the state, as refund of monies expended by the State on federal projects in the state.

Most of these responses have either been mischievous, absurd, totally misleading and some even trying to conjure and configure fabulist narratives, celebrating the mystique and magical influence of the power of money on the human psyche.

But the most remarkable of these is the one written by Femi Adesina, the Special Adviser to President Buhari on Media and Publicity, titled: WIKE VINDICATES BUHARISTS.

To be sure, Femi Adesina’s opinion on any topic immediately attracts considerable attention and commands tremendous weight, not just for the fact that he has been a seasoned journalist over the years, but indeed in recognition of his status as the Special Adviser to Mr. President Buhari on Media and Publicity; which makes him one of the recognized spokespersons of our President, whose views unequivocally represents the opinion of the Presidency in all matters.

It is therefore, in due cognizance of this latter responsibility and authority of his portfolio, that one must appreciate and commend Femi Adesina for his endorsement of Governor Nyesom Wike’s decision to thank President Buhari for approving the refund of N78.9 billion to Rivers State, and also the quite remarkable request for the President to oblige Rivers State with a State visit.

Of course, Femi Adesina’s admiration of Governor Nyesom Wike and his bold Thank You letter are embedded copiously in his article, though couched in the unerring profiling of the Rivers Governor in some lyrical passages and in some truculent, pro-Buhari obsessiveness in others.

The point needs to be made unambiguously, that the Rivers State Government, by way of emphasizing what Governor Wike rightly stated in the letter, appreciates the magnanimity of President Buhari,with profound gratitude and deep sincerity.

It was Aesop, the legendary Greek fabulist and writer of fables, who said that “Gratitude is the sign of noble souls.” There is certainly no doubt that one man who stands tall and proud, courageous and fearless with great nobility in today’s political space, is definitely Governor Nyesom Ezenwo Wike.

For instance, what Femi Adesina describes as “crying wolf” and “pontificating” is nothing more than the ability to say and do things which other people are too frightened or lily livered to say or do; what we refer to in Nigeria as “dying in silence. ”

What Mr. Adesina surely knows is that one virtue that Governor Wike possesses is courage. He has never hesitated to call anybody out including the President, his own party members and even multi-nationals operating in Rivers State, whenever the need arises and Adesina himself, has already agreed, by confessing to responding to some of these wolf cries in his write up, that these calls were necessary at the time they were made.

If Governor Wike’s courage to speak up when others are silent and cowering in fear, leads to the approval of the refund of the N78.9 billion which the Federal Government owes Rivers State, then the expression of gratitude that recognizes and appreciates such appropriate magnanimity is the highest form of nobility.

Like Mr. Femi Adesina rightly pointed out in his essay, the Federal Executive Council (FEC), chaired by President Buhari, approved the REFUND of N148 billion to five states in the country for repair of Federal roads, for which Rivers State got N78.9 billion. But that is not even half the story.

Giving a background to the reimbursement, Lai Mohammed had explained that the decision was sequel to a huge bill sent to the federal government by the entire 36 states of the federation in 2016, seeking a refund of funds they expended on the repair of some federal roads in their respective states.

He said: “You will recall that in 2016, 36 states of the federation sent a very huge bill to the federal government, asking for compensation for money that they have expended on federal roads. This prompted Mr. President to set up a committee to go and verify the claims of these 36 states, whether indeed, these projects were actually constructed. Were they completed in line with the federal government standards?

“At the end of that exercise by an inter-ministerial committee, chaired by the Minister of Works and Housing which also had ministers of education, transportation (and immediate past Governor of Rivers State, Chibuike Rotimi Amaechi), minister of finance, minister of state for works, Director-General of the Bureau of Public Procurement (BPP) and permanent secretary, cabinet office as members, the committee recommended that the federal government should refund N550,364,297.31 billion to 31 of the 36 states, after they were convinced that, yes, indeed, the projects were completed and they were federal government roads.

From the above therefore, three important points stand out for particular interest and reference, viz:
1. The money is neither a generous loan gift or a desperate bailout package as people like Femi Adesina are shaping the narrative to sound, but a REFUND of monies already spent by Rivers State on Federal projects.
2. Rivers State was initially denied the refund until proper documentation was provided; a situation which many Rivers watchers will recall, prompted the Minister of Works, Babatunde Raji Fashola, to visit Rivers State in March this year.

3. Rivers State got the approval for the amount of refund simply because Rivers State did the most comprehensive, qualitative and enduring projects.

For record purposes, let us state clearly that President Buhari has the authority to visit any state he wants to in Nigeria, whether he is Invited or not. He is the father of the nation and Rivers State enjoys a candid, honest and robust relationship with the present Federal Government, especially the presidency.

On August 19, 2017, Governor Wike was among the dignitaries that welcomed President Buhari after 103 days in London where he received medical treatment for an undisclosed illness.

While naysayers were busy misinterpreting the gesture, Governor Wike explained that no sane person would not be happy that his sick President was back home.

We need not also remind Mr. Adesina that as far back as February 2017, when Governor Wike was not even up to two years in Office, he had already been christened “Mr. Projects” by none other than the Vice President himself, Professor Yemi Osinbajo, who not only affirmed that Rivers State was an important state to Nigeria and the Federal Government, but has since endeared himself to Rivers State and Governor Wike.

Considering the fact that the approval for the refund was also made for monies expended by Rivers State for Federal Projects, isn’t it equally apt that Governor Nyesom Wike should invite Mr. President to come and at least see the work for which the refund was made? Indeed, it will also provide Mr. President the grand opportunity to see first hand, the amazing and fantastic infrastructural wonders which Governor Wike is delivering in Rivers State. This is absolutely the right thing to do by a grateful recepient.

Governor Wike has aptly pointed out that the decision to thank Mr. President and the appeal to invite him for a state visit was not a personal one, but a collective decision taken by the State Executive Council, to assure Mr. President that all is well with Rivers State and Rivers people are quite happy with him for approving the refund.

Like Femi Adesina correctly noted in his article, the N78.9 billion cannot be the reason for Governor Wike’s thank you letter and invitation to Mr. President. According to him: “I don’t think so. Rivers is by no means a poor state. The amount is handsome, no doubt, but the state is oil rich, and can hold her own when it comes to finances. I don’t agree less with Adesina because Governor Wike does not speak from both sides of his mouth and does not play to the gallery. His moral upbringing makes him to speak the truth at all times not minding whose ox is gored.

Finally, it is important to commend Mr. Adesina for articulating and justifying the decision of Governor
Wike to thank Mr. President and invite him to Rivers State. There is absolutely no doubt, as he so succinctly pointed out, that millions of Buharists would have actually advised the President not to approve the refund to Rivers State, and while many of them are still wailing and bellyaching at the President’s magnanimity, the icing on the refund cake is the chagrin and consternation, which even Adesina admits, has greeted Governor Nyesom Wike’s letter in their camp.

While Rivers people will not complain that the money was actually reduced from the original amount and that it even took so long for President Buhari’s fairness and justice to touch Rivers State, while he has been fair and just to other states, we are all still very happy and grateful that this approval for refund has been made, finally.

Attempts by people like Adesina to make political capital out of the genuine stance of a statesman will not be bought by well-meaning Nigerians.

What makes Adesina’s grandstanding more worrisome is that he will never comment or let the world know how much the South-West States received as refund for federal projects executed in that part of the country.

Governor Wike’s letter of appreciation and appeal for a presidential state visit is thus a clear indication that what the people thought was lost has now been recovered. All is well that ends well and Rivers people are happy.

For the avoidance of doubt, the letter to Mr. President was delivered to Aso Rock, three weeks before it was published.

Governor Wike is not like Adesina who knows how to speak from both sides of his mouth. In 2008, he said this about the Chief of Staff to the President: “Gambari enslaved himself to please his paymasters. Now 13 years after, the shackles are still tied around his neck, threatening to asphyxiate him. What an eternal lesson for fawning bootlicking grovellers to learn. Old sins indeed have long shadows.”

Now that Gambari is Chief of Staff to the President, people have been asking if Adesina still sees Gambari’s sins’ shadows or he(Adesina) has turned to a bootlicking groveller?

There is no doubt that he is currently savouring the office of Special Adviser to the President on Media and Publicity as a compensation, having used his positions as former Editor-In-Chief of The Sun Newspapers and President of the Nigerian Guild of Editors to feather his own nest.

Adesina should be told that no amount of political mischief will turn Governor Wike from a hero to a villain in this matter.

The Wike that I know cannot be swayed by pecuniary interests. He will always stand for the truth and defend the interests of Rivers people.

Nsirim is the Commissioner for Information and Communications, Rivers State

Kaduna to continue enforcement of lockdown

Another surprise from PDP’s bag of tricks, By Ehichioya Ezomon

Gulak, IPoB and a Nation Besieged, By Olusegun Adeniyi