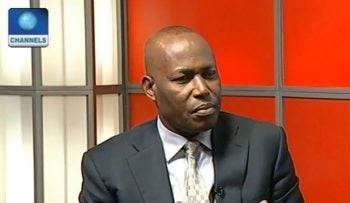 “The body language of government and people here seems to reflect a Christian saying that, ‘it is well’ even in the face of serious threat to peace and stability. There is no crisis meeting anywhere in our capitals even as serious leaders all over the world are having sleepless nights about possible system and economic collapse, breakdown of law and order. We seem to be saying we are prayer warriors and amazons and so we can deal with this looming trouble with incantations and prayers. Is this the truth?”

We are on the march again looking for Mr. President even when we should be seeking ways to shoot the trouble our poor judgment created last time we recruited one.

I still believe that there is a time for everything. That is why it is curious that our political leaders in Abuja and 36 state capitals appear oblivious of the state of the small world we now live in. We appear deeply engrossed in the euphoria of the removal and quashed banishment of the former Emir of Kano and the crisis in the governing party, the APC.

At the weekend, I still didn’t understand why we have been harping on these frivolous matters from Kano and Abuja when there are weightier troubles in the country triggered by a made-in-China COVID-19 that has become a pandemic.

The body language of government and people here seems to reflect a Christian saying that, ‘it is well’ even in the face of serious threat to peace and stability. There is no crisis meeting anywhere in our capitals even as serious leaders all over the world are having sleepless nights about possible system and economic collapse, breakdown of law and order. We seem to be saying we are prayer warriors and amazons and so we can deal with this looming trouble with incantations and prayers. Is this the truth?

I think our leaders need to be engaging and preparing our people for trouble that the Group Managing Director of the Nigerian National Petroleum Corporation, (NNPC) Malam Mele Kyari was talking about in Abuja at the CBN Governor’s Roundtable last week. It was strange that, the timely alarm he raised on the state of the nation did not dethrone the Sanusi and Oshiomhole sensation from some front pages and prime time.

Only very few relevant newspapers did the needed contextual reporting of the significant story and imminent crisis as a result of low oil prices.

According to the NNPC’s group chief executive officer, Nigerians should brace up for tougher times ahead of the Coronavirus scourge, which continues to wreak havoc in the global economic landscape. The scourge has disrupted fiscal and planning projections in crude oil and gas exporting economies such as Nigeria.

Specifically, at the Roundtable, which many un-enterprising business and economy reporters failed to cover well, Kyari advised Nigerians to “prepare for trouble” for at least three months as oil prices take further plunge.

His words: “Today, I can share with you that there are over 12 stranded LPG cargoes in the market globally. It has never happened before…Today, we have about 50 oil cargoes that have not found landing…It means the traders have purchased it but they don’t know where to take it to….’

The NNPC boss said to remain afloat amidst the ravaging effects of the Coronavirus, some oil producing countries like Saudi Arabia had given a discount of $8 on the price of its crude oil….Iraq gives $5 to their off-takers in some locations” he said.

The national oil corporation chief did not stop there: he wanted Nigerians to deepen understanding of the consequences of the current situation some energy reporters ignored when he noted that when crude oil is sold at $30 per barrel, countries like Saudi Arabia gives it at $22 per barrel and Iraq sells it at $25 per barrel. Kyari was just giving out some sweeteners when he noted at the colloquium that NNPC was not resting on its oars, saying several ameliorative measures were being taken to cushion the effect of crude oil production in Nigeria. He didn’t want people to be despondent when he said the cost of crude oil production in Nigeria is within the range of $15 to $17 per barrel adding that a reduced cost of production would create market for Nigeria’s crude and make the country a choice destination or foreign direct investment.

It is only in Nigeria the most media organs would tolerate poor reportage of this kind of intelligence at such a time like this. It is only in Nigeria that reporters and analysts would prefer to make personal crisis of character of Sanusi and Oshiomhole preferable to a global crisis that could bring down the country where comedians are already saying that bad government virus is worse than coronavirus. At the weekend, comedians were already seminal in some messages that corona spirit would not be able to remain in Nigeria because its worse variant (bad government) was already on ground before its arrival. The tragi-comedians are saying it is either bad government or coronavirus leaves as the two viruses cannot afford to afflict Nigeria at the same time.

Let’s face reality, this is a time the government and people need to understand the times again and know what to expect in the next three months. It is bad enough that there are not many ready isolation centres. President of the Senate, Senator Ahmed Ibrahim Lawan the other day went to the University of Abuja Teaching Hospital to inspect the isolation centre there. He was shocked to find that it was not completed. He also noted that it was sad to observe that no neighbouring state had any isolation centre. Even the one in Yaba Lagos, from report is not a fantastic one. Where are the completed isolation centres?

Only one was hurriedly completed in Awe, Nasarawa State where a deposed emir was to be isolated, before he opted for Lagos where he has chosen to be isolated having contracted a strange ‘Kanovirus’.

Why are we always unserious and unenthusiastic even in the middle of a global crisis? Why are our leaders always unable to prepare for or handle emergencies? Why are we never ready to do the right thing at the right time? Even the First World leaders are having sleepless nights but we feel cool and instead of planning to face emergencies we are in churches and mosques praying about what God, the almighty has already equipped us to handle scientifically. Can Nigeria not do more than a committee set up to recommend measures? How many federal executive council (FEC) crisis meetings have been held to debate measures and issues in the current crisis? Where are Nigerians’ representatives in the National Assembly at this critical time? It is in this time of adversity heroes and ‘sheroes’, critical thinkers and leaders are made. When will the National Assembly call off its lethargy, holidays and all those time wasters and face a national emergency?

When will they start meeting on Saturday and Sunday to show that there is a national emergency service?

We are already too divided. We are already indebted. We are becoming insolvent. Despite the precarious economic situation, there is a credible investigative report that the Buhari government has paved way for secret recruitments in ministries, departments and agencies(MDAs). The report said, “well connected children have got juicy jobs with ease”. The implications here are grave: ever so high cost of governance. National Assemblies are creating more agencies, universities, polytechnics and colleges of education. The President has created more ministries. Now with the near collapse of the oil revenue streams, where will the money to pay the already over-bloated federal and state workforce?

Here is the thing, this is not a time for a country’s legislature to go on recess. This is a time to wake up and face the effects of so many afflictions that have worsened insecurity and corruption challenges.

All told, the presidency should freeze partisan politics at this time and face a national emergency that we are trying to brush aside. The Oshiomhole and Sanusi distractions should not be elevated over the effects of LPG and oil cargoes we can’t sell at this moment.

Marginal revenue from the Customs Service, which banks on our ‘import dependency syndrome’ will not save us. No one can import from China and others now. What shall we do? Abuja, we are waiting for you. The media too should leave Sanusi and Oshiomhole alone to conquer themselves at this time. Yes, they are prominent but they can’t be more significant at this time than the national emergency we are about to face even for three months.

As I was saying from the outset, we are on the march again for a successor to president Muhammadu Buhari in 2023. Another tone was set last week with the departure of the deposed Emir of Kano, Muhammadu Sanusi 11. While some were analysing the undercurrents, some citizen journalists especially from the South were calling for the deposed Emir to run for president in 2023. Even as the call for the former CBN governor to run for president (from the south) is threatening to becloud the substance and details of what happened in Kano, I think it is time to remember that here we go again.

Before the noise machine of the ruling class in Nigeria sends us to doze off again, it is time to remember that this was how we were conned in 1999-2007, 2007-2011, 2011-2015. We have never been deep in our political recruitment. 21 years into our democracy and democratisation, we are almost down and out. We still cannot boast of good road networks beyond the facade the ‘soldiers of fortune’ gave us. We don’t have good schools anymore. We don’t have even good ‘consulting clinics’ the ‘militricians’ talked about years ago when they came with their fake correcting fluids.

Sadly, we still don’t have good institutions to safeguard our democracy. Even the judiciary is no longer trusted as the last hope of the common man in the most populous black nation on earth.

That is why we should be much deeper this time before we impose another monster on this already traumatised nation. We need builders. We need thinkers and tinkers. We need those who have capacity and integrity at the same time. We need people who have competence and understanding of the times. We need those who can genuinely reform institutions that will not tolerate corruption. We don’t need those who can fight only a few corrupt people without fighting corruption. We don’t need narrow-minded people again. We do not need great talkers who are always little doers. We need to scrutinise the Sanusis of this world beyond their rhetoric. I mean we should not allow the power of the noise and propaganda machines to bamboozle us into slumber again. Let’s not rely on orators and their managers anymore. Let’s dig deep this time before it is too late, lest we will be the last even in the Third World.

Borno, Diffa in alliance to secure borders against Boko Haram