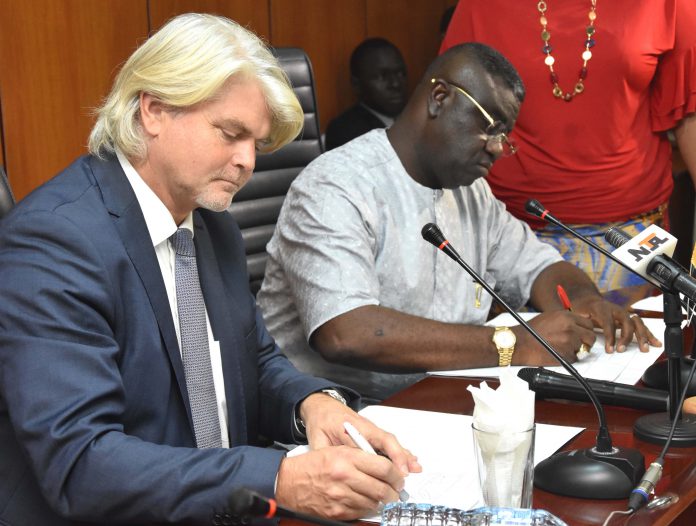 The Federal Government on Friday in Abuja signed a 70M Euros additional financing bilateral agreement with the Republic of Germany on sustainableeconomic development, renewable energy, polio eradication, strengthening resilience of internally-displaced persons and host communities in northern Nigeria, education, peace and Security, amongst others.

At the signing ceremony, Minister of state for Budget and National Planning, Prince Clem Ikanade Agba explained that the areas of intervention by the Government of Germany were in line with economic sustainability and inclusive growth espoused by the Government of Nigeria in the Economic and Recovery Growth Plan.

Praising the efforts of the consultative meeting, which produced the agreement, Prince Agba said that it had provided a platform for a coordinated approach to economic cooperation between the countries. The forum also reviewed and strengthened the existing cooperation as well as discussed further on expansion of the cooperation between Nigeria and Germany.

The Minister therefore commended the German Government for its continuous support and commitment to the development of the Nigerian nation since the 1960s.

Speaking on behalf of the Government of Germany, leader of the delegation and head of the German Ministry of Economic Cooperation and Development (BMZ), Mr. Christoph Raul maintained that Germany is pleased with efforts of the present government at growing the economy.

He further stated that the Republic of Germany had partnered the country in her march towards polio eradication which had led to 3 years of absence of the white polio virus, and further expressed the commitment of the German government to achieve its economic policies.

Hundreds of thousands of people leave Britain due to pandemic

Nigeria to sustain use of digital technological devices in military campaigns...

Buhari to participate in African Finance Summit in Paris, meet with...