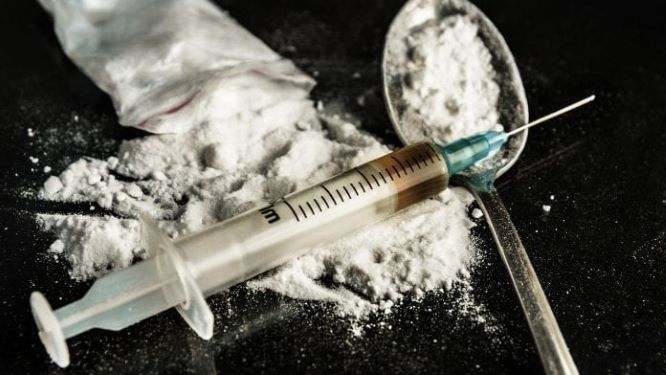 The Police Command in Bauchi State on Thursday,  said it had arrested two members of a crack cocaine syndicate.

The  Commissioner of Police in the state, Lawan Jimeta, said this during a news conference in Bauchi.

Jimeta named the suspects as Chigozie Oje, 32, of Awala Roundabout and Faruq Yakubu, 25, of Wunti Street, all in Bauchi.

He said that the suspects were arrested by operatives of the intelligence Bureau of the command, following a tip off.

Jimeta said that nine grams of crack cocaine was recovered from the suspects, who would be charged to court after detailed investigations.

The police commissioner said that 30 other suspects had been arrested in connection with kidnapping, armed robbery, rape, culpable homicide and other heinous offences including possession of firearms.

He hinted that there was a robbery incident on Wednesday,  where a cashier of one of the local government council in the state was robbed of over N1 million.

“The cashier went to one of banks alone without escort and  withdrew the money but was later trailed to Awala Hotel and was shot.

“For now, there is no arrest made but we are working diligently on information we have in order to prevent making blind arrests.

“We want a situation whereby if we arrest somebody we can make charges against the person arrested.

“We are calling on members of the public especially those handling huge sums of money such as cashiers and traders to use cashless electronic devices,” the commissioner said.

#EndSARS: We will not allow anarchy, Nigerian Govt warns