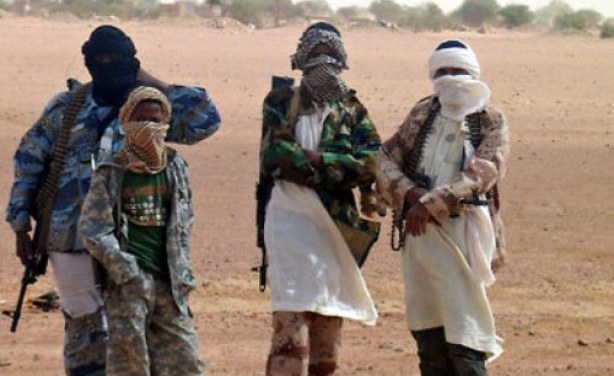 Police operatives, at the weekend, arrested three more members of the Ansaru Terror Group at their operational bases in Kuduru Forest at Birnin-Gwari Area of Kaduna State.

He said the weekend arrest brought the number of persons arrested to eight (8).

“The suspects are already assisting Police investigators with useful information relating to the membership spread and make-up, criminal/operational records, logistics and general modus operandi of the terror group,” Mba said

He added that preliminary investigation revealed that the arrested suspects were actively involved in the recent attack and attempted kidnap of the Emir of Potiskum that resulted in the gruesome killing of the Emir’s Police escorts.

“They were also involved in several other kidnap operations and terror attacks on commuters and other innocent citizens along some major highways, especially in the North-West and North Central States of the country,” Mba added.

He said the investigation also revealed that some citizens, especially those within the business community, gave tacit support to the terror groups by deliberately doing businesses with them through the supply of essential goods, drugs (licit/illicit) and other services.

“To this end, the IGP calls for patriotism among the people. He notes that this is the only way the fight against the criminal elements can truly be won,” Mba said.

The Force Headquarters spokesman said Police operatives were on the close trail of other fleeing members of the terror group and their collaborators.

He said the IGP had expressed immense appreciation to all and sundry, especially the good people of Birnin-Gwari and environs for their understanding, cooperation and support, which had resulted in the measure of successes recorded so far particularly in the fight against terrorism, banditry and other heinous crimes in the country.

Federer marches into Wimbledon fourth round for 18th time

CoAS urges troops to use available platforms to effectively decimate the...

Police to IIP-SARS: We charged petitioner to court with giving false...