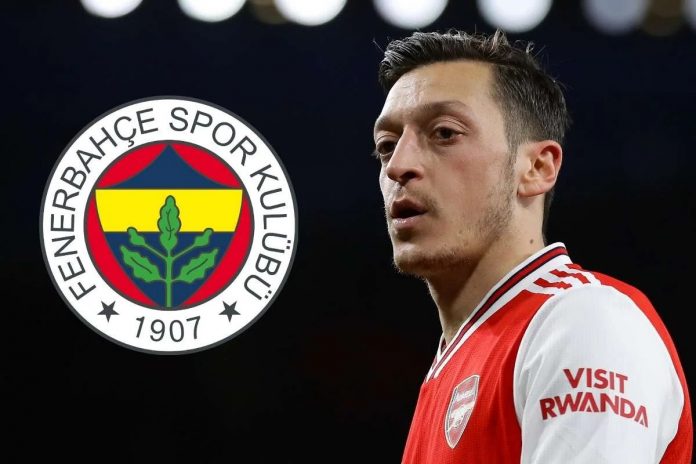 Mesut Ozil’s seven-and-a-half year spell at Arsenal could come to an end as early as this weekend, with the Gunners star on the verge of leaving for Fenerbahce.

Talks have been ongoing for weeks between the club and Ozil’s representatives in a bid to reach an agreement over ending his £350,000-a-week contract – which expires this summer and still had around £7 million left to run – early.

And Goal.com can confirm that an agreement which will allow the 32-year-old to end his stay in north London has now been reached in principle following a breakthrough in negotiations, with only a few finer details left to resolve.

Should things progress as hoped, sources at Arsenal expect Ozil to travel to Turkey in the coming days to complete a free transfer to Fenerbahce, the club he supported as a boy.

Indeed, the Gunners midfielder teased that a move is close after posting an hourglass emoji on Twitter in reply to a post from the Turkish club.

Speaking earlier in the month, Ozil’s agent Erkut Sogut said: “Everyone knows that Mesut is from Fenerbahce. Mesut is not just a football player. Mesut is Fenerbahce.

“He always said that if he came to Turkey, he would only play for Fenerbahce. I think it is very important that Mesut comes not only as a footballer but also as a lover of Fenerbahce.

“There is a process at the moment. We can’t say it’s over until we’ve signed it in the process. I hope so.”

His arrival coincided with the end of Arsenal’s nine-year run without a trophy, with the Gunners going on to win the FA Cup in is first season in north London.

Arsenal won four FA Cups during his time at the club, but he has fallen out of favour in recent years, with former manager Unai Emery and current boss Mikel Arteta both leaving him out on a regular basis.

The World Cup winner has not played since March and was left out of Arsenal’s 25-man squad for the Premier League this season.

When asked if the playmaker was closer than ever to leaving the club after Thursday night’s 0-0 draw with Crystal Palace, Arteta said: “I don’t know how close he’s been before.

“There are some conversations going with Edu and the club at the moment, but nothing concrete yet.” (Goal.com)