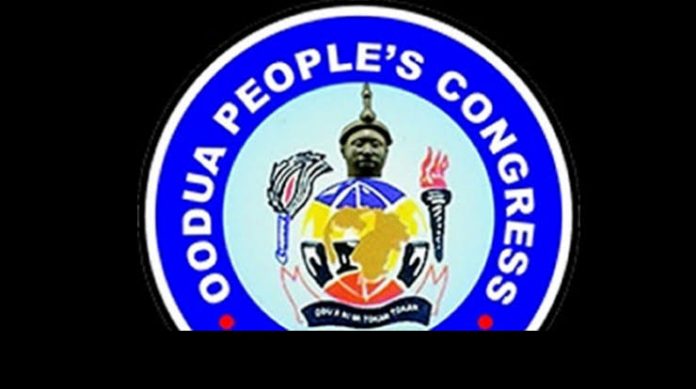 clash with members of a cult group.

The OPC in a statement by its Acting Coordinator, Mr Nafiu Sarafa, made available to newsmen also accused some government officials of fueling the crisis.

Some six people had died from violent clashes in the ancient town of Owo, while two houses were set ablaze.

OPC claimed that suspected members of a cult group were being sponsored to unleash mayhem on its members.

The statement noted that the commandant of the Congress in Owo had gone into hiding to prevent further bloody clash with the said cultists.

It added that in order not to take laws into their hands, it had ordered its lawyer to petition the state commissioner to as a matter of urgency act and put the criminals under control.

“This moment, many members of the OPC, including our commandant, have gone into hiding to avert further bloody clash with the cultists.

“They are now going round the town unchecked, brandishing guns, cutlasses and other dangerous weapons to attack our members.’’

The statement said that to be law abiding and abide by the principle of peaceful conduct of its leader, Iba Gani Adams, the organisation directed its lawyer to write a petition to the Commissioner of Police.

According to the statement the objective is to enable the CP to put “the criminals’’ under security watch and control while awaiting the response and quick action of the police and other security agents to the petition.

“We implore our action Governor, Oluwarotimi Akeredolu, to do the needful and set every machinery in motion to curb the ugly situation currently disrupting the peace of his hometown, Owo,” he said.

However, the Police Public Relations Officer in Ondo State, Mr Tee Leo-Ikoro, in an interview said policemen had been deployed to the town to restore law and order. (NAN)