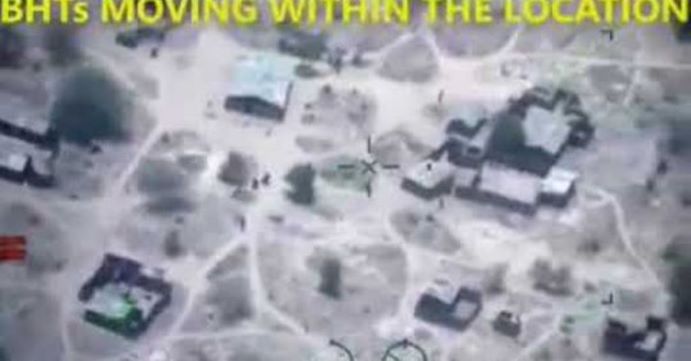 The Air Task Force (ATF) of Operation LAFIYA DOLE has destroyed some compounds in Njimia on the fringes of the Sambisa Forest, where the BHTs keep their logistic items.

Confirming the report, Coordinator Defence Media Operations, Defence Headquarters, Major General John Enenche, said the operation was in continuation of the sustained onslaught against Boko Haram Terrorist (BHT) targets in the North East of the Country,

He said this was achieved through air strikes executed on 19 May 2020, following credible intelligence reports as well as a series of Intelligence, Surveillance and Reconnaissance (ISR) missions that led to the identification of the nondescript cluster of structures within the settlement that were being used by the BHTs to house their fuel and other logistics.

Enenche also revealed that the Air Task Force dispatched an appropriate Force Package of attack aircraft and a surveillance platform to take out the target.

“The Nigerian Air Force (NAF) attack assets scored accurate hits in their bombing runs on the target area, completely obliterating the logistics stores as well as causing damage to several other BHT structures in the settlement,” he said.

He said the Chief of the Air Staff commended the Air Task Force for their professionalism and directed them to remain resolute towards eradicating the terrorists from the North East.

Katsina freezes telecom services, as Masari clarifies action is only in...