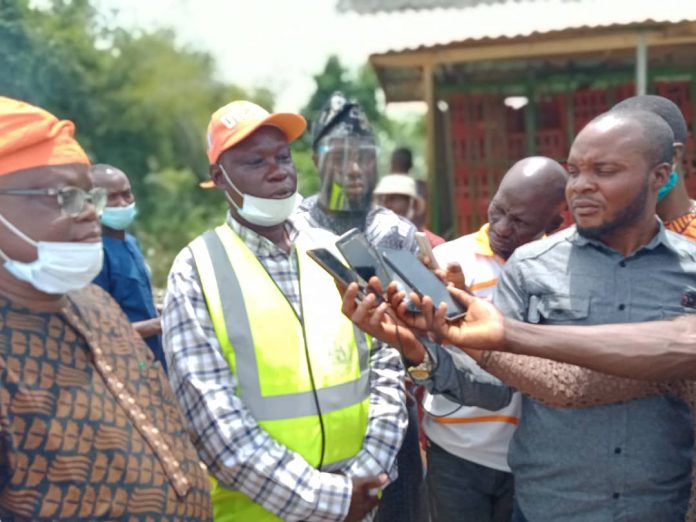 In order to prevent floods this year, the people of Osun state have been advised to desist from dumping refuse indiscriminately in the streams and rivers.

The Special Adviser to the Governor on Environment and Sanitation, Hon. Rufus Oyegbile, stated this during the flag-off ceremony of dredging of waterways in the State.

According to Hon. Oyegbile, “in a bid to widen the stream and clear blockages, Swamp Buggy which is an amphibious equipment has been deployed by the government in the exercise.”

He said the administration of Mr Adegboyega Oyetola had taken a bold step to dredge streams and rivers in areas that were prone to flood, saying the exercise would take place in about 12 locations in Osogbo while other local governments would also benefit from the exercise.

Others areas according to him were Opa in Ife, Esinmirin, Iba in Iwo and Yemoja Mogimogi in Isokan among others.

Also speaking at the event, the Commissioner for Environment and Sanitation, Hon Sola Oladepo, explained that the exercise embarked upon by the state government in collaboration with ALGON was a special intervention measure to guide against the impending flood as predicted by NIMET.

He implored general public to comply with the environmental rules by making their environment clean always.

Also, the Chairman, Assocation of Local Governments of Nigeria (ALGON) in the State, Hon Abiodun Idowu, disclosed that local government chairmen decided to join forces with the State Government to prevent flood in the state in order to save lives and properties.

FG imposes N50 levy on electronic money transfer of up to...

Lekki shooting: I called Buhari twice, but he wasn’t available for...

“A North Dakota Republican died of covid-19 in October. He still...