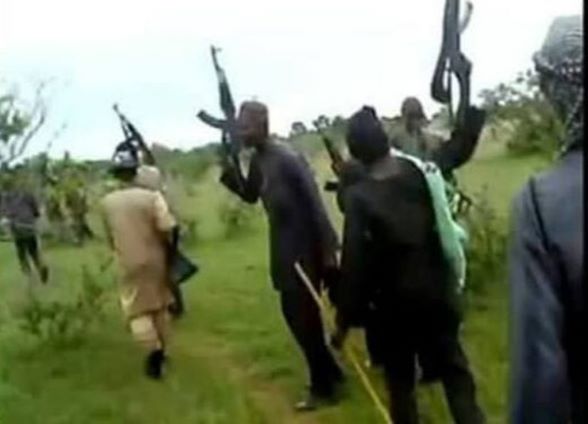 His name is Obadiah Mailafiya. He hails from that eruptive Southern Kaduna, the unfortunate sporadically-spurting volcanic lava of internecine ethno-religious war of offence and counter-offence and of vengeful reprisals and counter-reprisals between the so-called ‘settler’ Hausa-Fulanis and their equally so-called ‘indigenous’ people of that one-time rebellious enclave of the Zazzau (Zaria) Emirate.

But for his recent infamous outing, you would’ve thought previously that this humble man from Southern Kaduna’s Randa enclave was a fitting counterpoise to his fiery –even if guilely incendiary- Episcopal Zangon-Kataf brother, the Bishop of the Roman Catholic Diocese of Sokoto, Mathew Hassan Kukah.

Obadiah Mailafiya had exuded quiet but creeping knowledge in a manner far more profound than Kukah’s waffling overlaboratives; plus, the horse-blood cap that he habitually dons had always seemed more catholic icing of peace on grey matter, than the oxblood skullcap on his Zangon-Kataf brother suggests.

Until his misadventure into the murky terrain of geo-political and ethno-religious grandstanding, when he came up with a thing most outrageously outrageous! Last week in an interview with a scarcely-known Lagos-based radio station, ‘Information FM’, the former Deputy Governor Central Bank of Nigeria, CBN said that he had personally gathered credible ‘intelligence’ to the effect that one of the Northern state governors is ‘the’ commander of the dreaded Boko Haram; 2], that during the Covid-19 lockdown period bandits were allowed to move weapons freely around the country in airplanes; and that 3], bandits in fact and the Boko Haram insurgents are one and the same thing. Plus, he said also that these insurgent-bandits have not only infiltrated Southern Nigeria but that they now nurse a plan, by 2022, to start a second civil war.

Then after an invitation by the Department of State Services (DSS) and a near-third-degree engagement by operatives, the Mailafiya had apologetically recanted, admitted, remorsefully, that the much touted ‘intelligence’ he claimed to have gotten was actually from some Fulani traders in a local market where he had gone to buy grains.

Plus, they said, that he said –and this is the most painfully-ridiculous part of it- that he neither knew the radio station that he granted the interview to nor did he know that he was being recorded, -let alone therefore that he should know that what he was saying would be broadcast to. It was like saying ‘yes, I attended the auditioning but I did not know that it would end with a role offer’.

And this is the Obadiah Mailafiya, playing sadistic games with the peace, security, lives and property of 200 million people, in such a devilish manner ‘as would make the heavens weep’ (no apologies to Shakespeare). This is the Obadiah; the one eloquently rendered On-line by Wikipedia as: “a development economist, international polymath, central banker, statesman”, a Presidential candidate, a former official of the African Development Bank Group and a onetime Deputy Governor of the Central Bank of Nigeria, CBN.

Or are the omens in his Judeo-native names: ‘Obadiah Mailafiya’?

‘Obadiah’ –biblically, means a ‘worshipper of Yahweh’; or one who humbles himself before God. The name was of one of three biblical ‘Minor Prophets’ (the others being Nahum and Habakkuk) bestowed with the power of pronouncing judgment on some of the sinfully-erring nations of their times. The story of Obadiah is told in about the shortest book of the Old Testament (one-chapter, twenty-one-verse).

It was through Obadiah, the Bible says, that God reminded a transgressing Edom, an enemy neighbour of Judea, about its arrogant mistreatment of God’s own people; and Bible exegetes say that Edom’s disappearance thereafter not only vindicated Obadiah’s judgmental prophet-hood, it validated another biblical warning in the book of Proverbs that “Pride goeth before a fall”.

Could Mailafiya be the ‘Obadiah’? There is a textual snag. Bible historians say that there are twelve other biblical Obadiahs and that “Old Testament scholars cannot identify with certainty” which one of them was the prophet and or the author of the book of Obadiah.

But what is biblically obvious though is that the real prophet-Obadiah was not only niggardly of words, self-neglecting was the hallmark of his narrative. Said a textual commentary, “It seems the prophet Obadiah considered each word a high-priced commodity he was unable to afford any words describing himself or his family”.

Quite un-Mailafiya-like you would say, who would fain talk but to put forth his credentials ahead of his character. And although he outwardly exudes (even if we now know deceptively) the God-consciousness of the prophet-Obadiah, given the infamy of his most recent conduct, we can safely say that ‘this Obadiah’ is not hewed in the exemplary character of ‘that Obadiah’.

Because obviously inside of this ‘Obadiah’ lurks a subtle- conniving-ness that is both other-godly in conception and almost beyond the ken of the Devil himself in design –to ignite a war of tribes and tongues, religions and geographies.

And so if the biblical prophet Obadiah, himself was the writer of that pithy, one-chaptered, twenty-one-versed, self-ignoring, truly God-centric Old Testament ‘Book of Obadiah, what book might this Obadiah have written about us –had he succeeded?

Or maybe the omens are locked in that other name, Mailafiya? Yes, ‘Mailafiya’. Or, properly put in its syntactic and semantic context, ‘Mai Lafiya’. Or better still, its hyphenated form ‘Mai-Lafiya’; which is Hausa for: ‘the one who has, owns or possesses good health’. Because the Hausa word ‘lafiya’ alone unites the two English words ‘good’ and ‘health’, to convey the English phrase ‘good health’.

When the English man says ‘health’, often it is deemed to refer to a state of ‘wellness’; but alone without qualification, ‘health’ may also infer a state of ‘un-wellness’. And so to effectively communicate either of these two conditions, the noun ‘health’ has to be qualified with the adjective ‘good’ to convey ‘good health’, or with the adjective ‘bad’ to convey ‘bad health.

But not so Hausa. Unlike the English, when a Hausa man says ‘lafiya’ he means both ‘health’ in its positive sense and ‘good health’ in the sense of ‘wellness’. And so the word ‘mai-lafiya’ means one who is not sick; or not diseased –metabolically, physically and physiologically.

Or it may mean the one who is ‘sane’, or who is not ‘insane’ –mentally, emotionally and psychologically. And so the former Deputy Governor of our Central Bank, more by the dint of his native ‘Hausa’ name than by the symptoms of his geo-political and ethno-religious grandstanding, already has a clean bill of health.

Or should we say ‘a clean bill of ‘good health’? Even though the question may still arise: ‘which of the good healths?’ –the physical, physiological, and metabolic ‘good health’, or the mental, emotional and psychological ‘good health’?

Ganduje lacks friends who could have advised him against dethroning Sanusi,...

The US election’s chaos quotient, By Nouriel Roubini

Mad cows and even madder narratives, By Wole Soyinka