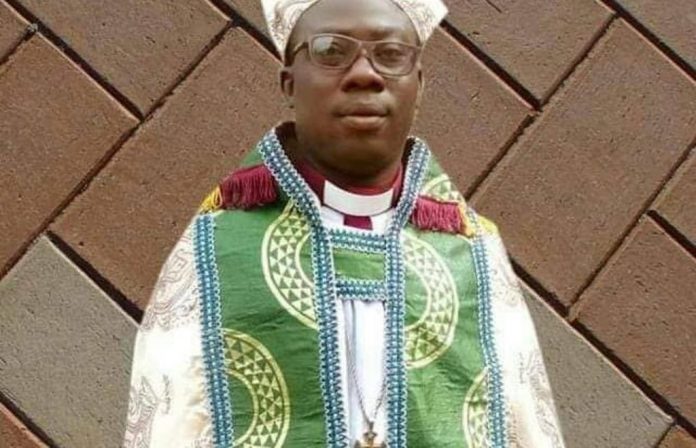 By Richard Akintade, Osogbo
Lead Bishop of Worldwide Anglican Church (WAC) in Nigeria, Bishop Seun Adeoye has described Nigerian politicians as inconsistent, power drunk and shameless.
Bishop Adeoye on Sunday stated that for Nigeria to move forward the present crop of politicians must be shown the way out.
In a statement he issued at Sufficient Truth Ministry (SGTM), Rehoboth Arena, Okinni, Osun State and made available to our Correspondent in Osogbo, the activist cleric said, the nation’s politicians are “our problem”.
He criticised the recent decamping of politicians from the two major political parties, staying the situation is embarrassing.
“Is it not a slap on the electorates that in Edo and Ondo states politicians are changing their political parties as if they are changing baby diapers.
“It is also shameful to see former Speaker of House of Representatives just last Friday dumping his party for another party. He was in PDP, then to APC and then to PDP and back again to APC. That’s pathetic. That’s uncalled for. That won’t happen in a sane society”, he said.
The clergyman who is also the Spokesman of World Bishops’ Council (WBC) in Africa explained that most of the politicians are self centered individuals who should be resisted by Nigerians.
“I call on the electorates to resist politicians dumping political parties. They are like adulterous women. People like that cannot be trusted. They are corrupt and selfish. They are opportunists with no good intention for the people. They are threat to democracy.
“That is why we cannot experience development. Our politicians are not patient enough to plan for tomorrow. Which manifesto will the man in PDP yesterday but in APC today follow? That’s why our politics is not issue based. That’s why we are where we are because we keep on recycling the same people every time”, he added.
The cleric added, “It is important to speak on this issue because whatever policy rolled out by those politicians in office will affect everybody positively or negatively either you are a Muslim, a Christian or an atheist”, he added.
Bishop Adeoye called for a law to be included in the nation’s electoral edict that will make it very difficult for politicians to cross carpet from one party to another while suggesting that anyone who decamp from his party to another should not contest election or be appointment into any political office until five years after joining his new party.
Please follow and like us: