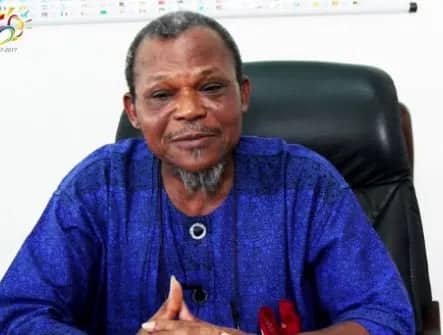 Kalu, in a condolence message on Wednesday, commiserated with Ndigbo, the people and government of Abia in particular over Kanu’s demise.

While noting that the deceased was one of the few prominent Nigerians that fought for the enthronement of democracy, Kalu urged the political class to emulate the worthy legacies of the late statesman.

The lawmaker described the retired naval officer as humble, dogged, courageous and fair in his pursuits in public service.

“I received with pain the news of the passage of a leading light in Igboland and former Chairman of NADECO, retired Rear Admiral Ndubuisi Kalu.

“The late statesman contributed immensely to the enthronement and sustenance of democracy in Nigeria.

“The democracy Nigerians are enjoying today is attributed to efforts of the deceased and a few others. He lived a fulfilled life dedicated to national service and humanity.

“He has left indelible footprints in the annals of Nigeria’s democracy, owing to his remarkable, unbeatable and historic good deeds.

“The late statesman will surely be missed for his counsel at the community, sub-national and national levels,” he said.

The former governor prayed God to repose the soul of the deceased and urged his family to uphold the good legacies of its late patriarch.
Kanu died on Wednesday at the age of 78 years.

He was appointed military governor of Imo in March 1976 during the military regime of retired General Olusegun Obasanjo.

Kanu was the first governor after the decree that established the state from part of the old East Central State.

He was transferred to become the governor of Lagos State in 1977, leaving office in July 1978. Kanu later became Rear Admiral and Naval Chief.

He became a top National Democratic Coalition (NADECO) chieftain and Chairman of the coalition in 2013. (NAN)

Negotiating with terrorists and bandits