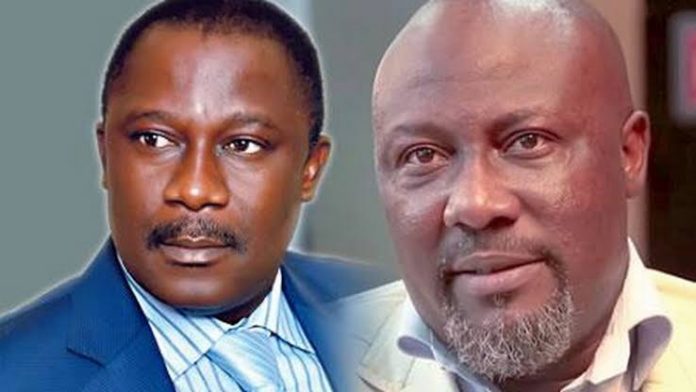 The Independent National Electoral Commission (INEC) has declared inconclusive the Kogi West senatorial election on the grounds that the lead margin between Mr Smart Adeyemi who polled 80,118 votes and Dino Melaye who got 59,548 is 20,570 which is lower than the 43,127 registered voters in 53 polling units of 20 registration areas in the zone.

The returning officer, Professor Olayinde Lawal, who declared the election inconclusive, said he was constrained by law to declare a winner because of the lead margin between the leading candidates.

He added that INEC would announce a new date for the conduct of a supplementary election in the 53 polling units before a winner can be returned.

The cure for the SARS affliction is SARS, By Fredrick Nwabufo