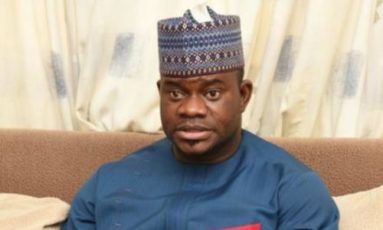 The Independent National Electoral Commission (INEC) has declared Governor Yahaya Bello of the All Progressives Congress (APC) as winner of the governorship election held in Kogi State on November 16.

Returning Officer of the election, Prof. Ibrahim Garba,announed the results in Lokoja on Monday.  He said that Bello polled 406,222 votes to beat 24 other contestants, including Mr Musa Wada of the Peoples Democratic Party (PDP) who polled 189,704 votes.

Garba said that Bello having scored the majority of votes and other constitutional requirements had emereged as the winner.

In Innocent’s death, Nigeria has lost a worthy ambassador, By Ikechukwu Amaechi

Your job is to monitor, not collect revenue, minister charges RMAFC