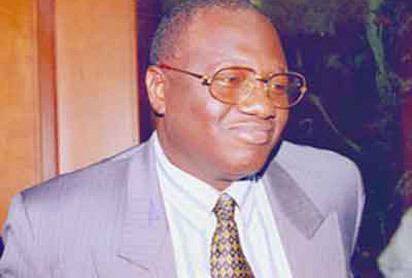 …… describes him as a dependable ally

Former President of the Senate, Senator David Mark has described Senator Tunde Ogbeha as a loyal and dependable patriot.

Senator Mark in a goodwill message to General Ogbeha on his 73 birthdays (Tuesday, September 1, 2020), said “Ogbeha is my brother and friend who has stood firm through thick and thin in the service to the nation over the years”.

According to Mark, “Ogbeha has over the years demonstrated loyalty, unwavering commitment to the ideals of nation hood, courage and tenacity of purpose for the good of the nation.

He added that Ogbeha in his own right is a leader you can trust saying “In or out of public office, Ogbeha has continued to work for the peace and unity of the nation”.

“He is a good Nigerian who works for the sanctity of our unity. He believes that Nigeria can achieve the Eldorado if every one imbibes the spirit of good neighborliness and where every citizen carries out his or her legitimate business in any part of the country without fear of intimidation or molestation”, Senator Mark stated.

Senators Mark and Ogbeha developed a strong bond of friendship and brotherhood as toddlers in the Nigerian Military School (NMS), Zaria in the 1960s. Both were also course mates and members of the 3rd Regular Course of the Nigeria Defence Academy (NDA), Kaduna.

Boko Haram: We have lost confidence in Military – Borno residents...