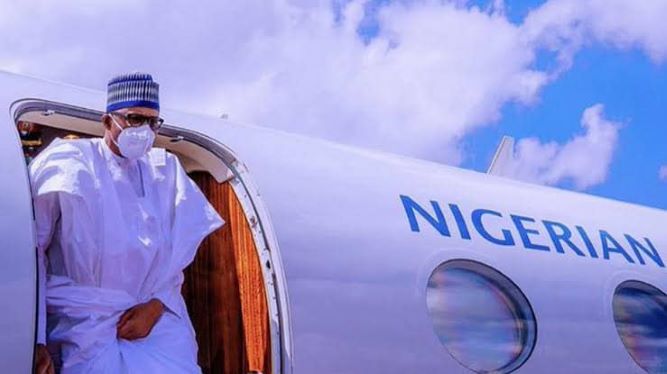 The Peoples Democratic Party (PDP) says President Muhammadu Buhari’s choice of a photo-op trip to troubled Mali while failing to find solution to the myriads of political, economic and security crisis ravaging our nation has once again called to question his determination to face the challenges of our country under his incompetent watch.

The party in a statement by the National Publicity Secretary Kola Ologbondiyan asserts that since President Buhari has shown that he can leave the comfort and safety of the Presidential Villa, he should respond to the distress calls by Nigerians and immediately visit Katsina, Kaduna, Zamfara, Taraba, Benue, Borno, Adamawa, Sokoto, Yobe and other states of the nation being daily pillaged by bandits, insurgents, kidnappers and marauders.

The party described the President’s prioritization of the situation in Mali over the worsening political and economic instability, festering corruption as well as escalated banditry, killings and bloodletting in various parts of our country as a misplacement of governance urgency as well as an inexcusable dereliction of statutory responsibilities vested on the person and office of the President and Commander in Chief of our nation.

The PDP further lamented that a President and Commander-in-Chief who cannot live up to his statutory governance responsibility at home but is always preoccupied with seeking photo opportunity abroad, leaves much to be desired.

“While the PDP has nothing against Nigeria’s participation in seeking peace in the troubled Mali, it is however depressing that, upon re-opening his doors, President Buhari had Mali as his priority destination and could not demonstrate the littlest solidarity with Nigerians, even if it is a whistle stop at any of our military posts in the fronts or any of the distressed states.

“Our party believes that Mr. President receives regular briefing on the worsened security and economic situation in our country and ought to take these issues as priority.

“Indeed, Mr. President must be receiving regular briefing on the daily ravaging of communities and mindless killings in Katsina, his home state; Kaduna, Zamfara, Taraba, Benue, Borno, Adamawa, Sokoto, Yobe states, among others in addition to the reported challenges facing our gallant soldiers in the fronts, yet upon reopening of his doors, he chose to jet away to Mali instead of addressing these critical issues at home.

“Mr. President has taken no decisive steps to address the worsening economic situation in our country, which is daily plummeting in his hands, the accumulating foreign debts, plundering of foreign reserves, frightening unemployment rate, devaluation of our naira, high cost of living and issues of reduced life expectancy in Nigeria,” PDP said.

The opposition party added that the President has also failed to forcefully confront the widespread corruption that has become a hallmark of his administration in which officials and leaders of his party have been engaging in unbridled treasury looting as being exposed in the investigative hearings at the National Assembly.

“Moreover, under the Buhari-led All Progressives Congress (APC), our nation has experienced the worst form of division and instability in the polity due to the unchecked violation of our constitution, disregard to principles of separation of powers and federal character; manifest arrogance of government officials, abuse of human rights, nepotism, disobedience to court orders, stifling of free speech, harassment of opposition and violation of extant statutory regulations.

“Nigerians therefore wonder what President Buhari has to present on the table in Mali alongside other West African leaders when his administration has failed to demonstrate the required commitment to confront our domestic political, economic and security challenges, which escalated due to its incompetence and seething corruption,” the PDP added.

The party said the expectation of Nigerians is for President Buhari to invite other African leaders home and attract a synergy to find solutions for our own challenges.

The PDP urges the Buhari Presidency to stop ridiculing the President with showboating trips outside the country while governance is failing at home.

Again troops of ‘Operation Accord’ kill scores of bandits in Zamfara