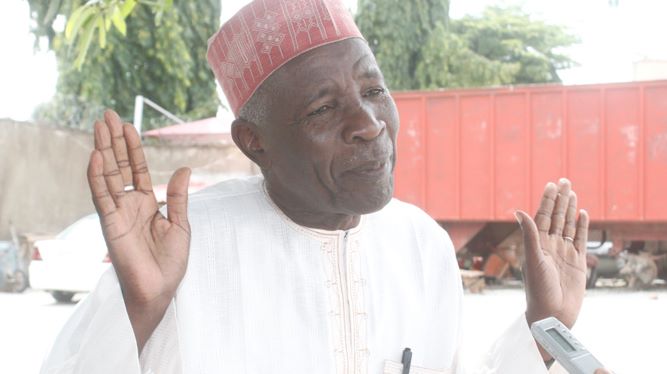 Greetings to you, my friend of over two decades and political ally of almost two decades.
It was nice to receive your phone call earlier this evening, after you read my SMS of a few minutes earlier.
It has been a long while of no communication, though I had been listening to that television clip in which you expressed your willingness to support “a large-hearted Igbo man” to become president of Nigeria in 2023.
I am sure we will talk more when next I visit you at your house, but this matter is urgent.
While we of South-East APC Presidency Project 2023 appreciate your willingness to support “an Igbo man with a large heart”, we wish to explain that Igbo people are indigenous to at least four geopolitical zones (South-South, South-East, South-West and North-Central) in whole or in part.
So, talking about ‘Igbo’ in the context of where one would want President of Nigeria to come from is fraught with confusion and needless interpretations.
Since 1999, presidential power has rotated between North and South, and between the geopolitical zones in the South, but never among the ethnic groups.
After President Buhari’s 8 years as elected president of Nigeria, of course, presidential power will rotate to the South.
In the South, we have wisely rotated our presidential turns among our 3 geopolitical zones.
Hence, on the two last occasions that presidential power rotated to the South, Gen Olusegun Obasanjo took the first South’s turn for the South-West and Dr Goodluck Jonathan took the second South’s turn for the South-South.
In 2023 when presidential power will once again shift to the South, it will become the turn of the South-East (not ‘Igbo’).
In that 2023, not only will South-East take its turn, but we also want a different party (APC) to produce president of Nigeria of South-East extraction.
For this reason, we would prefer that you situate your large-hearted ‘Igbo man’ in the South-East, where you probably most likely had in mind but presumed that ‘Igbo’ was synonymous with ‘South-East’, and on APC platform.
My very good friend, just as all Hausa are not in the North-West and all Yoruba are not in the South-West, all Igbo are not in the South-East. The three biggest tribes are indeed very big and have their numbers in more than one geopolitical zone.
The matter of “large-heartedness” is a small one, because every South-Easterner is large-hearted. Whoever the South-East will present to the Nigerian electorate in 2023 will be large-hearted.
A big matter that I will like you to consider deeply is the matter of party platform.
We both were in ANPP in 2002/2003 when we related closely in the presidential campaign then. Although you have been seen here and there since then, I know your heart is still very much in APC where both defunct ANPP and defunct CPC now belong.
Whatever made you to support HE Alhaji Atiku Abubakar on PDP platform – our old adversary – cannot displace APC from your heart.
I think we should unite behind the broom to sweep away dirty umbrellas in 2023, with a South-Easterner as the Chief Sweeper.
Till we meet later in the week as I promised.
Your Friend and Political Ally,
Chinedu
▪︎Chinedu Jideofor Ogbuagu is convener/national coordinator, Southeast APC presidency project 2023.
Please follow and like us:

Marwa explains why drug test is essential for politicians

Yera’s tribute to Rotimi Makinde proves he has a date with...

UNFINISHED GREATNESS: Towards a more Perfect Union in Nigeria, By Kayode...