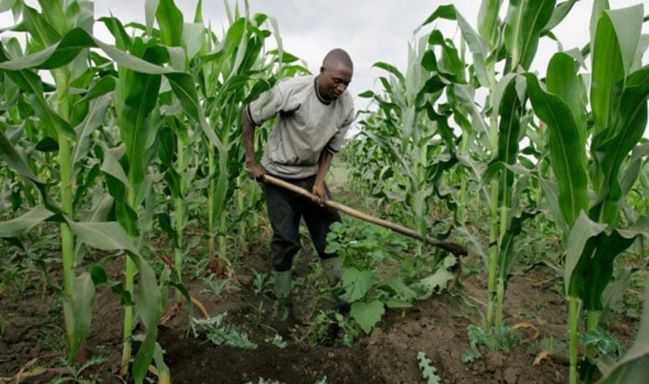 Dr Bello Abubakar, the National President, Maize Association of Nigeria (MAAN), has called on Federal Government to stop the continuous attacks on farmers by bandits and herdsmen to continue their farming business.

Abubakar made the call in Abuja at the inauguration of the Federal Capital Territory (FCT) chapter of the association and input distribution for the wet season by the CBN’s Anchor Borrowers programme.

Abubakar said insecurity in the country had made it difficult for farmers to go to their farms for fear of being attacked or kidnapped.

He decried the situation, saying it “needs to end in order for Nigeria to close any possible food deficit that will  arise from the effect of COVID-19.’’

“We want to kindly plead with the Federal Government through the CBN to increase security presence in the country to safeguard farmers so that the impact of the  pandemic on food production will be drastically reduced,” he said.

Abubakar also called for the review of the tenure of loans by the CBN for possible extension from a year to two years and also review the stringent nature of providing personal guarantors.

“We seek your assistance to kindly look into the tenure of the loan for it to be extended to two years, the issue of personal guarantee for members should be reviewed and a better alternative be sorted out by the Presidential Fertiliser Initiative (PFI).’’

He urged the benefiting farmers to utilise the opportunities being given to them through the anchor borrowers loans and inputs to ensure they were able to repay the loan.

“I urge the beneficiaries to strive and repay and not to see it as palliatives since it is given to them at low rate of five per cent.”

The Chairman, House Committee on Agriculture, Hon.  Dan-Dutse Muktar commended the efforts of maize association in ensuring that there was availability of food in the country.

He said Nigeria had what it took to compete favourably in the agriculture sector at the international level to earn foreign exchange.

Dr Adeleke Muftau, a representative of the Ministry of Agriculture and Rural Development, and Maize Value Chain Coordinator called for synergy between the association and poultry subsector for robust poultry production.

Muftau said that maize was one of the major ingredients for poultry feed production.

He said that proper synergy between both subsectors would boost maize production because farmers would produce more with a steady market.

He said that this also would boost poultry production in the country through availability of raw materials for poultry feed production.

He said such synergy would also ensure that there was no lacuna that would necessitate import waivers for maize importation, thereby, boosting local production.

African man creates messaging app that is faster than whatsapp