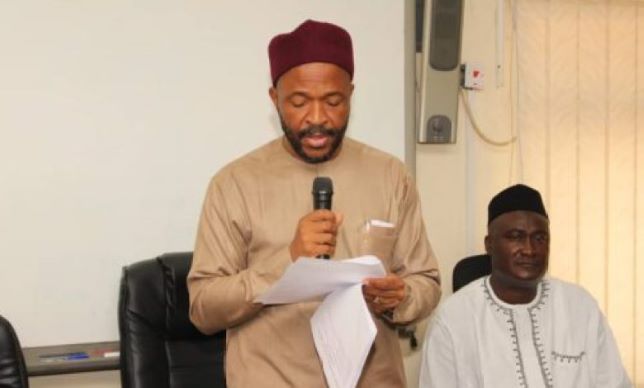 Federal government has announced that secondary schools will resume on the 4th of August.

This was contained in a statement issued on Monday by Ben Bem Goong, director of press and public relations, ministry of education.

According to the statement, the decision was taken at the end of a virtual consultative meeting between the Federal Ministry of Education, Commissioners of Education of the 36 states, the Nigerian Union of Teachers, (NUT), the proprietors of private schools, and Chief Executives of examination bodies.

It added that students in exit classes are the ones expected to resume, so that they can participate in the West African Senior School Certificate Examination (WAEC).

Recall that the FG had previously declared an August 4th resumption date for schools but reneged on its decision a few days later, after reconsidering the situation. 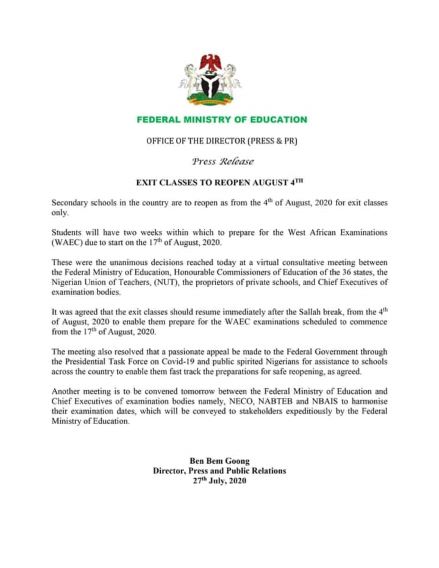 (Press Release) ANAMBRA APC HAS NOT LOST ANY MEMBER