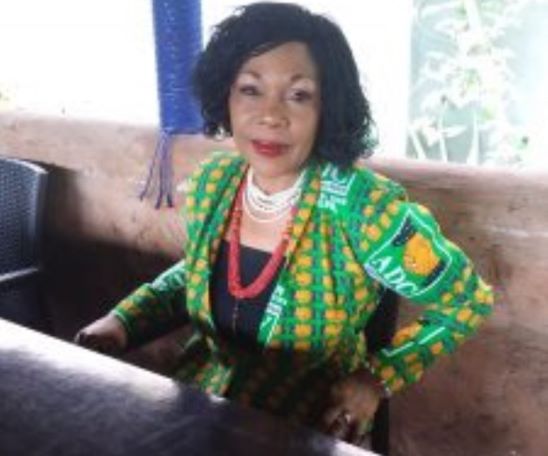 Mabel Oboh, the candidate of the African Democratic Congress (ADC) in the Sept. 19 Governorship election in Edo, says only a welfarist system of government can revive the ailing economy of the state.
Oboh, a Nollywood actress and veteran broadcaster, said this while interacting with Heads of Media Organisations on Monday in Benin.
She said her welfarist agenda would return the economy of the state to the path of recovery, growth and sustainability.
The candidate said the economy of the state had been pillaged by selfish politicians who posed as leaders and until such people were “politically quarantined”, there could not be independence and freedom from poverty.
Oboh, who said she preferred to be addressed as a reformist rather than a politician, said that she would never accept monetary inducement to contest for any political position.
“Doing so amounts to being perpetually tied to the apron strings of godfathers as is the case in many states of the Federation.
“There’s no doubt that Edo state, our dear state, is in crisis and needs help. It needs experts to salvage what is left of the long years of economic plundering.
“As an Edo woman and an entrepreneur, I will bring my experience and business expertise to bear and manage the state’s resources.
” We will invite and collaborate with experts to help touch all spheres of the sectors, especially agriculture and health.
” We will grow agriculture sector to exterminate poverty and hunger from the land. Agriculture revolution in terms of package of food production, preservation of food and food bank.
“When we become food sufficient and sustained, we will then look at the possibility of export to increase our revenue generation.
“These experts will help train our youths and women on skills acquisition and they will be given grants and loans to attain financial independence.
” In the health sector, we shall collaborate with Health Management Organizations to introduce health Insurance for all, as well as employers and unemployed Insurance which will be made mandatory; that will help heal Edo state and it will become healthy once again.
“As an entertainer, I will develop the entertainment industry and make Edo state become entertainment tourism hub, which will invariably increase the state foreign exchange earnings, ” she said.
NAN
Please follow and like us:

Magu: I will gladly testify if Salami Panel invites me —...

Social media could end marriage as we know it, By Fredrick...