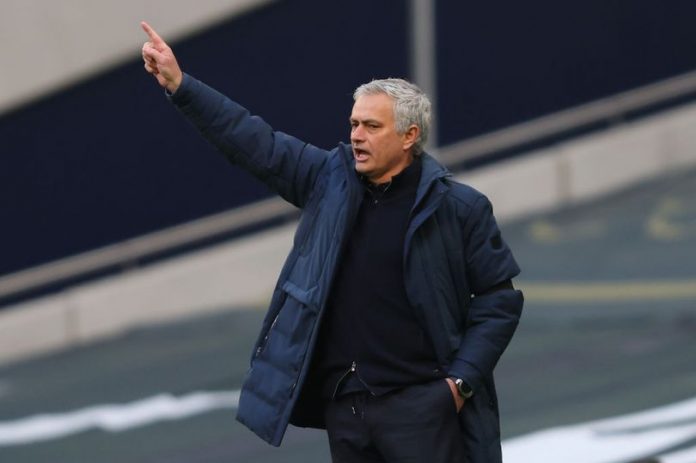 Italian side Roma have confirmed that Jose Mourinho has been appointed as the club’s next head coach from the start of the 2021/22 season.

Dismissed as Tottenham
boss just over two weeks ago, the 58-year-old has made a swift return to the game after penning a three-year contract with the Giallorossi.

Earlier on Tuesday it was confirmed that current head coach Paulo Fonseca would part the Serie A club at the end of the current season having previously joined them in 2019 from Shakhtar Dontesk.

However, it didn’t take long for a replacement to be named with Roma confirming Mourinho in the hotseat from next campaign 15 days after his time at Tottenham came to an early end.

Speaking to the club’s official website following the announcement, Mourinho stated that Roma’s ambitions match his and that the club’s fanbase convinced him to accept the job.

“Thank you to the Friedkin family for choosing me to lead this great club and to be part of their vision,” said the experienced boss.

“After meetings with the ownership and Tiago Pinto, I immediately understood the full extent of their ambitions for AS Roma. It is the same ambition and drive that has always motivated me and together we want to build a winning project over the upcoming years.

“The incredible passion of the Roma fans convinced me to accept the job and I cannot wait to start next season.” (Football. London)

Court adjourns Jang’s trial till May 18