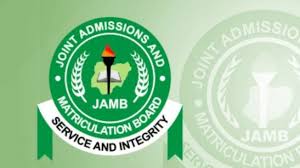 The Joint Admissions and Matriculation Board (JAMB) has announced the  cut off marks for the recent Unified Tertiary Matriculation Examination (UTME) for admission into the nation’s tertiary institutions of learning. This was based on decisions reached by stakeholders on Tuesday.

The minimum entry score for Universities is 160, Colleges of Education 100, Polytechnics 120 and Innovative Enterprise Institutes 100.

JAMB Registrar, Professor Ishaq Oloyede announced the cut off marks on Tuesday, 16 June, during the Board’s 2020 Policy Meeting On Admissions To Tertiary Institutions held via ZOOM.

Participants included heads of all tertiary institutions in the country, officials of JAMB, Federal Ministry of Education, the Media and Civil Society groups.

JAMB had before the meeting asked managements of the tertiary institutions to forward their recommended cut off marks and Professor Oloyede announced the different figures recommended while those by the majority were accepted as final at the stakeholders meeting.

The JAMB Registrar frowned at the 100 cut off mark for Colleges of Education, wondering why majority of them had to settle for it and at the same time complain of lower entry points compared to other institutions.

Professor Oloyede however said JAMB had no option than to accept the majority decision of the Colleges.

Apart from announcing the cut off marks, he also spelt out some conditions for the institutions. One of which is that no institution must charge more than N2,000 for post-JAMB examinations.

He also said no fresh bio-metrics and photographs of candidates should be carried out to avoid fraud of substituting candidates who took the UTME. He said the biometrics would be made available by JAMB to the institutions at no cost to them, adding also that all admissions must be by the JAMB central admission system, CAPS.