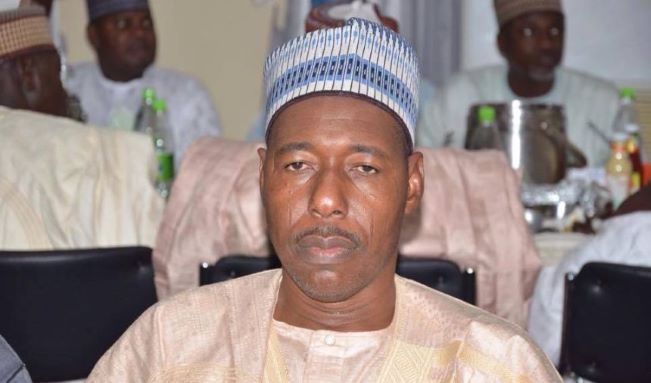 By Bode Olushegun
Borno State government on Tuesday said reconstruction work has not started in five of the 27 local government areas of the state mainly because of insecurity.
The local government areas where reconstruction is yet to start include Abadam, Kukawa, Guzamala, Mobbar and Gubio.
Addressing a press conference on Tuesday in Maiduguri, the State Commissioner of Reconstruction, Rehabilitation and Resettlement, Engr. Mustapha Gubio said the factors that have led to lack of reconstruction work in five local governments include the insecurity and the absence of the military, stating that: “Some of these local governments have no security and we cannot just start construction work in them.”
He equally added that some parts of the town have difficult terrain while some others have minimal destruction.
The Commissioner however said despite the security challenges, the ministry was able to complete 65 capital projects worth billions of naira in various local government areas of the state in the last one year.
Some of the projects, he said included housing, office complex, shops, markets, schools, hospitals/clinics and emergency shelters hitherto destroyed by insurgents.
He said, as soon as the security agencies gave a nod for protection of lives and property in the liberated communities, tens of thousands of Internally Displaced Persons (IDPs) would be resettled back to their communities.
Gubio stated that the security challenges posed by insurgents has left over 75 percent of private and public infrastructures destroyed, notwithstanding that the present administration had to take the bull by the horn, despite paucity of funds to execute such projects within the shortest time.
The Commissioner said :” In southern Borno senatorial district, construction of 300 housing unit took  place in Warabe, and Government Lodge have been completed in Gwoza local government area, while renovation and construction of three Government Lodges, Marghi Area Court, Rumirgo shopping Complex and Chul Central Mosque in Askira Uba Council Area have  also been completed.
“In addition, 32 units of markets lock up shops, police station have been completed, while construction of 500 Housing Units is ongoing at Damboa Local Government Area, while in Chibok local government area, 220 Housing unit and two Government Lodges have also been completed.
He said: “Likewise in Southern part, similar projects in Biu, Kwaya Kusar, Hawul and Shani Local Government Areas have witnessed completion including police stations, schools such as the Government Secondary Schools in Marama town and Bayo, Islamiya school in Kwaya Kusar, in addition to reconstruction of palaces of some traditional rulers”. Gubio said.
Also briefing, the Commissioner for Housing and Energy, Engr. Saleh Vungas said: “In it’s first year, the administration of Prof. Babagana Umara Zulum shared attention to power installations in the metropolis, sub-urban and rural communities. 18 projects were carried out.
“These include the electrification of thirteen township locations and villages in Chibok, Damboa, Hawul, Kwaya-Kusar, Shani, Bama and Mafa local government area.”
Vungas revealed that: “Five additional projects were carried out on the installation of fifty five units of five hundred KVA transformers, and the optimization of streetlights in eighteen communities, estates and public institutions within Maiduguri, Jere and Konduga.”
Please follow and like us: