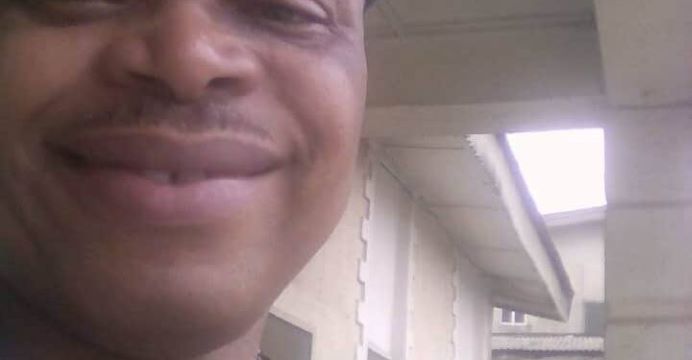 A MOST DUBIOUS HONOUR: I am scandalized! Any serious journalist in Nigeria today ought to be miffed by this shocking immortalization of a certain Ismaila Funtua, now deceased.

I find it difficult to believe that the leadership of Nigeria’s media elected to name its flagship property after this fellow.

I am full of doubts and scepticism that media leaders in Nigeria sat and reach a consensus to hoist Funtua on our rooftop as the poster boy of Nigeria’s media.

To be sure, could the leaders of the Nigerian Press Organisation (NPO) which comprises the Newspapers’ Proprietors Association of Nigeria (NPAN), Nigerian Guild of Editors (NGE), and the Nigerian Union of Journalists (NUJ) agree on this?
If actually they did, it amounts to nothing short of a harakiri, self-immolation of the media establishment in Nigeria. It is a shame indeed.

I am much distraught that I have to call out my former publisher and friend, Mr Nduka Obaigbena in this matter but being the head of NPAN which serves as a sort of honorary head of our industry today, he will be required to make further explanations and proffer more justification why Ismaila Funtua deserves such an honour in the midst of Nigeria’s rich pantheon of journalism legends.
If we had even one, yes, ONE good reason why this man has been so robed, one would be able to rest easy but here are the reason we have been handed:
“For his untiring contributions to the development of journalism and freedom of press in Nigeria and around the world…”

Now how do all these add up to greatness in media and journalism in Nigeria? How have all these impacted positively on our trade?

Co-founding a newspaper which is not defunct? In fact The Democrat was dead on arrival, making little impact and leaving hardly any imprint on the Nigerian media scene.

And at that, I can count a thousand defunct newspapers and magazines some of which are sorely missed even long after they were rested.

How then could co-founding a paper be big deal? All other so-called achievements tagged to late Funtua are mere honorifics many of which were opportunistic conferments.

How many journalists and media men did he employ sustainably and for how long?

In all his activities in the industry, how many professionals did he mentor? How did he improve the lot of various media businesses or speak on our behalf especially as a close associate of the current government?

I don’t remember any seminal contribution or proposition at any fora for the edification of journalism by Funtua. On what basis, therefore, is this honour?

THE WATCHDOG IS DEAD AND BURIED: One is of the opinion that most of us have long forgotten the import and magnitude of this noble profession. We are now bereft of professional rectitude required of our business; we are on a rollercoaster, it’s now a situation of just anything goes.

It of course explains why JUST ANYTHING ALSO GOES IN OUR DEAR COUNTRY.
Corruption, fraud and scandalous behaviours break out in public offices all around us every day. Governance in Nigeria has become an endless string of scandals and misdemeanors.

This is because our MEDIA AND JOURNALISM HAVE FAILED! The WATCHDOG didn’t only die, something worse happened to it, it became a lap dog – it became part of the problem!

It makes excuses for inept and poor leadership, it covers malfeasance, it colludes with officialdom and it honours rogue officials.

BEATIFICATION OF A VILLAIN: Even if we forgive Funtua’s puny achievements in the media, how can we forgive or feign ignorance of his seeming ignoble roles in governance in Nigeria in the last five years?

It is common knowledge that this small group may be held responsible for our country’s unyielding slide into a monumental debacle.
Of course, this column is also not ignorant of common stories of alleged unbridled brigandage tagged on this circle, it only chooses to be silent about them.
If these be common knowledge how’s it that our media leadership made up of NPAN, NGE AND NUJ would now seem to collude to uphold and venerate what seems like utter villainy?

Is Nigeria media today some form of Boko Haram in another guise? But even that terror group may get a fairer hearing in the public tribunal for they make not pretences to be pro-society; besides they tend to destroy the physical body.
But our media leadership would be destroying our body, soul and spirit by the time they are done.

SEARING OUR PSYCHE: The renaming of the NIJ HOUSE to Ismaila Funtua House is a sear not only on the very heart and soul of media and journalism in Nigeria, it portends a permanent damage to the psyche of our nation.

UNLESS THIS DECISION IS RESCINDED…
I hold as follows:

Justice Bulkachuwa bows out as court of appeal president