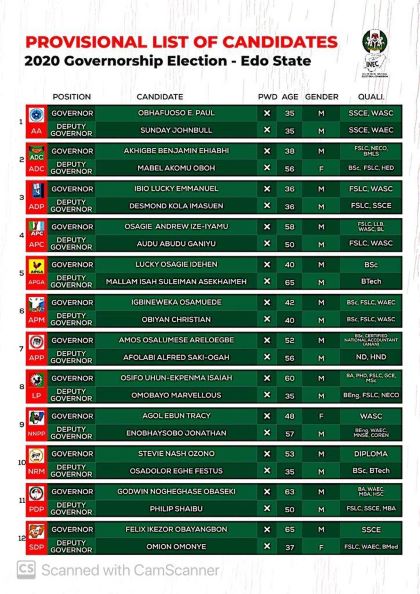 The Independent National Electoral Commission (INEC) has released the provisional list of governorship candidates in the forthcoming Edo governorship election.

The INEC national commissioner and chairman, information and voter education committee, Festus Okoye, in a statement, said 15 political parties had signified interest to conduct primaries for nomination of candidates in the Edo governorship election.

The electoral body said, “at the close of nominations at 6pm on June 29, 2020, 14 political parties used the dedicated online portal of the commission to submit the list of candidates that emerged from their primaries.”

INEC said it had uploaded the provisional list of candidates and their particulars on its website and encouraged members of the public who have reservations about the candidates to file a suit at the Federal High Court.

According to the electoral body, “the final list of duly nominated candidates will be published on August 13, 2020, after withdrawals by candidates and substitution by their political parties.”

Here is the press release: 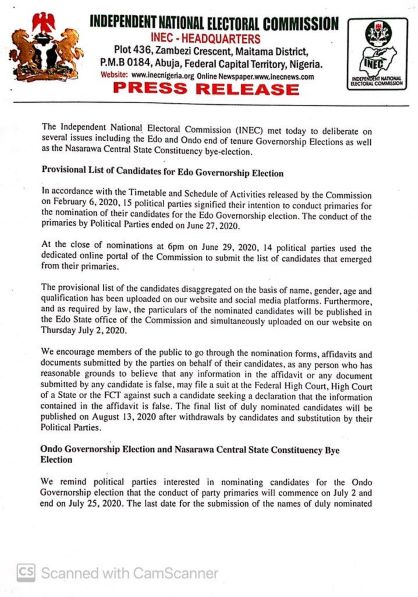 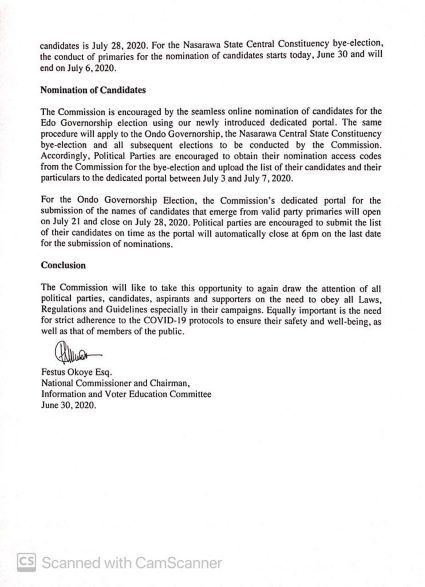 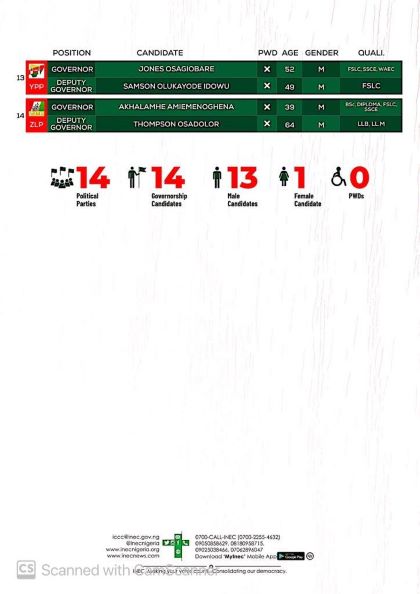 Canada gives 5000 candidates Invitation to Apply, its highest ever